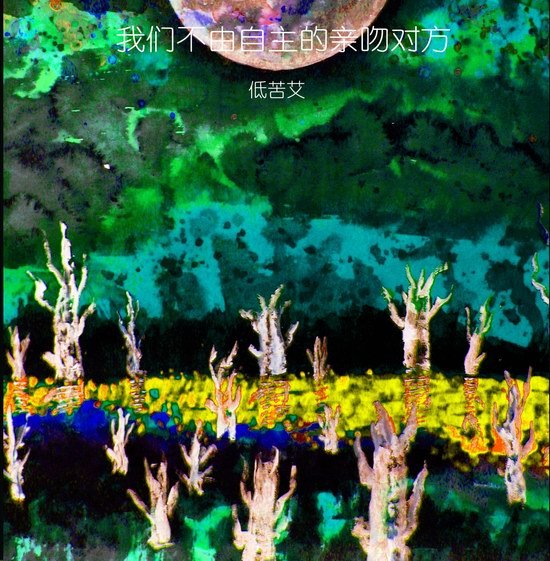 I first heard this band back in 2008, when the Chinese Miniless label released a live set called 五指 (Five Fingers) for free download. The band was credited as 低苦艾 (Di Ku'ai), which translates as Low Wormwood, so I suppose that's the best way to refer to them. When I found out that Maybe Mars, one of China's foremost independent labels, was picking them up, I was a little surprised — the live set was decent, but hadn't really grabbed me. With this, their studio debut, my reservations are proven baseless. Low Wormwood's music sounds more or less like a folk singer augmented by a full band and an imaginative producer. The vocals are nearly all front and center, and they're all in Chinese; singer Liu Kun has a slightly gravelly, low-keyed voice that some listeners might find off-putting. I find the occasional shakiness very emotional, and I can catch enough of the lyrics to enjoy even without full understanding. I'm pretty sure that Chinese folk-rock is never going to catch on widely outside of China (and probably has limited exposure even there), but I find this very pleasing to listen to. Some moments are so simple and delicate, like "Little Flower," with just two acoustic guitars and the lead vocal. Others ramp up the volume, adding the bass, drums, and distorted electric guitar. And there are electronic touches, like voices recorded off the radio and the like, that really contribute to the atmosphere and lend a hint of psychedelia. The mood is generally subdued rather than energetic, and aside from the language, never stamps itself as overly "Chinese." In short, unless the language barrier puts you off, this is music well worth hearing.

Remy Stroomer - Different Shades of Dust – Young composer Remy Stroomer from the Netherlands admires Klaus Schulze and that can be heard in “Following Differences,” the first track. He chooses the same repeat in tones as Schulze does. His...  (2005) » Read more