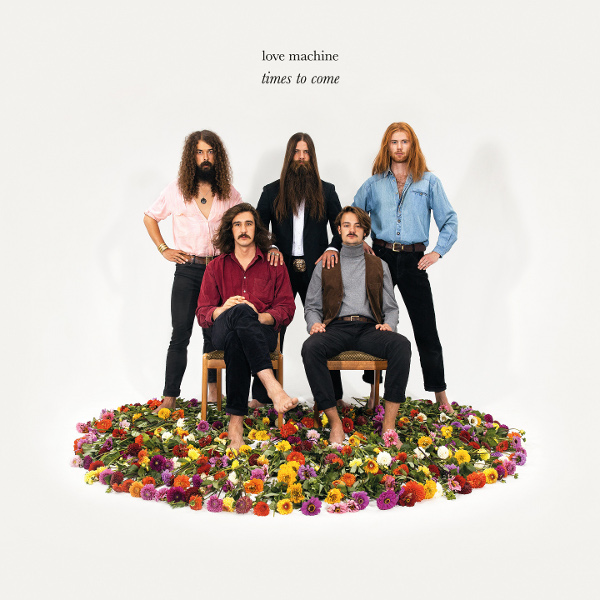 This Düsseldorf band clearly has their sights set on a hit single — in 1972. But that seems unlikely, so they’ll have to settle for being a contemporary band that sounds like they’ve been sealed in a stasis chamber since the early 70s. On the ironically titled Times to Come, their biggest influence would seem to be the Allman Brothers Band, so nearly every track sounds like it could be a lost outtake from Idlewild South or Eat a Peach with a different lead vocalist. The lead vocals are credited to both Hendrik Siems and Marcel Rösche, and I think it’s Rösche who has the low, quavery voice that is so distinctive it might put some listeners off. Siems shares guitar duties with Felix Wursthorn, with a variety of styles and techniques on offer, from acoustic to electric to slide, usually with tones that would be at home in the 70s, and never too heavy. Thibaut Sanli (bass) and Noel Lardon (drums) provide solid backing without hogging the spotlight. On the track called “Visions” they suddenly jump a few years ahead with an instrumental space rock jam featuring synthesizers. And they finish off the album with a couple of tracks that rely more on acoustic guitar than the earlier tunes. I can’t say I’ve heard another German band that is so inspired by American Southern rock, so Love Machine has a certain amount of appeal on that front, and while they accomplish their goals quite well, how much appeal it will have to listeners will likely vary greatly. They do seem to approach the whole endeavor with a sense of humor, which helps immensely.

The Third and the Mortal - Nightswan & Painting on Glass – Scandinavian symphonic rock groups are discernibly gaining their own sound now. Following in the footsteps of groups like Anekdoten, Landberk, and especially White Willow (who could be their Siamese...  (1996) » Read more