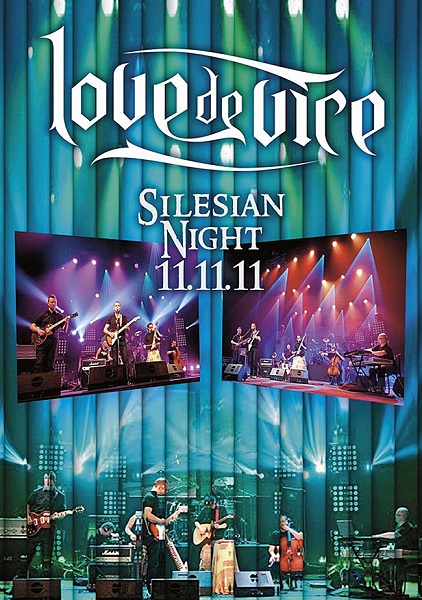 This 2011 live performance captures Polish progressive band Love de Vice at a crossroads. With two albums behind them, the band had consolidated around lead guitarist Andrzej Archanowicz and singer/guitarist Pawel “Ozzie” Granecki, with support from bassist Robert Pelka, drummer Tomasz Kudelski, and keyboard player Jacek Melnicki (ex-Riverside). For this performance they were joined by cellist Mateusz Szmyt and Tomasz Osiecki on amplified dilruba and acoustic guitar. As you can imagine, the band enjoyed a full sound with occasionally lush layers of acoustic and electric instruments. When combined with Melnicki’s synth textures they project a rich sonic tableau many groups would be envious of. Unfortunately, the same cannot be said of the songwriting. The band comes from a hard rock background, and there’s a strong streak of negativity in the lyrics and minor-key arrangements that wears you down after a while. Plus, many of the songs consist of little more than a few repeated chords that get hammered to death, despite some heartfelt soloing from Archanowicz. At their best, the band evokes Pink Floyd (“Another Day”), mid-period Porcupine Tree (“Minutes of Joy”), or delves into exotic hard rock on songs like “Winter of the Soul,” where the dilruba and cello boost the droning chords out of the doldrums. Interestingly, most of the nine-song set list is new and sounds ready to be committed to the anticipated third album. But based on this performance I sense Love de Vice hadn’t quite found their identity. I guess they’re still looking.