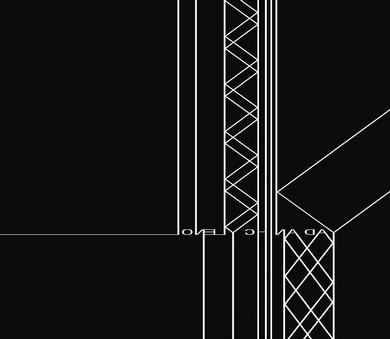 I wrote about this Chinese band’s previous CD back in #36. On this latest effort, they continue their path moving away from sounds typical of rock bands and further into the esoteric realms of electronic processing and abstract constructions of sound. Leader Deng Pei handles guitars and vocals as well as production and writing, and second guitarist Wang Dongtao also takes the bass parts; the new drummer Han Rubing's work is heavily looped and processed, rarely sounding like live drums. The opening track sets the mood and introduces one of their prime stylistic elements: simple, pensive guitar chords backed by little electronic glitches. At other times the energy level bumps up a notch or two, and crunchily distorted drums sometimes provide a bit of propulsion. At times the use of echoes on guitar, percussion, and so on provide a completely non-reggae take on the techniques of dub. The prevalence of vocal numbers has further decreased, and we don't hear any singing until halfway through the set. Deng's singing is plaintive and pleasant, having a lost-in-the-fog quality similar to Thom Yorke of Radiohead. Everything is so heavily processed that it's hard to imagine a live performance, but I distinctly remember them doing some of this material when I saw them in 2008. The resulting music is fascinating both compositionally and sonically — it's amazing such distorted sounds can be so beautiful.