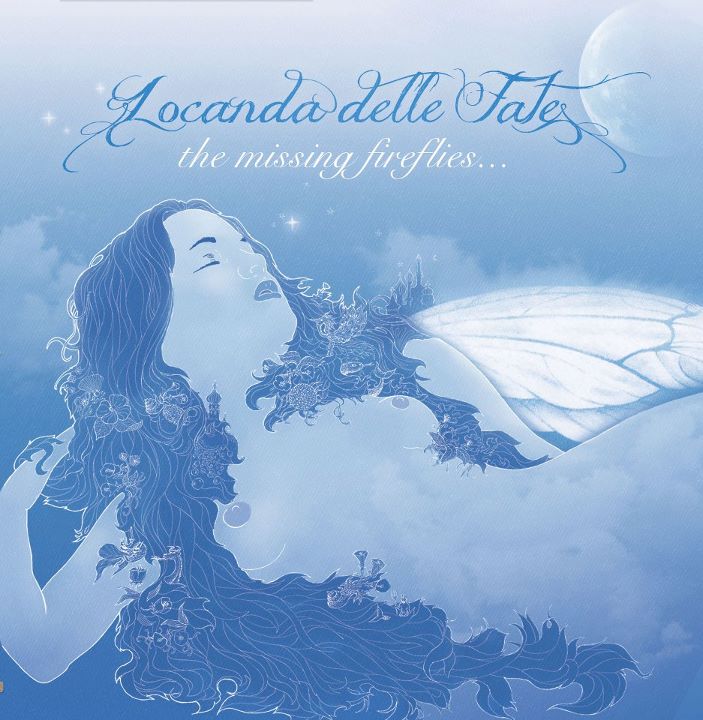 This one’s a bit confusing. Italian proggers Laconda delle Fate have only two studio albums to their name: the 1977 debut, Forse le lucciole non si amano più, and 1999’s reunion effort, Homo Homini Lupus. Attempts were made over the past decade to keep things going but with no success — until now. Gone are guitar player Ezio Vevey (replaced by Max Brignolo) and flautist/vocalist/guitarist Alberto Gaviglio, and back is original vocalist Leonardo Sasso, plus new keyboard player Maurizio Muha. The Missing Fireflies is the new band’s declaration of intent. The discovery of a live audience recording from 1977 spurred them to go into the studio to record two songs — “Crescendo” and “La giostra” — that were left off the debut. Studio time was also given to a solo piano piece from Muha, plus a re-recording of “Non chiudere a chiave le stelle” from the debut. Rounding out the disk (a mini-album really at only 35 minutes) are pieces from the 1977 tape, including “Crescendo,” Non chiudere a chiave le stelle,” and “Vendesi saggezza.” Unfortunately, due to the tape condition only fragments of the old songs made it onto this disk. As for the new recordings, the new lineup displays the sort of maturity you’d expect and they clearly still have their chops. Plus, the proto-neo-prog evoked in 1977 had been refashioned into a rounder, symphonic sound akin to Banco. Plans are supposedly for a new album in 2013, and — based on this “love letter” — fans of Italo-prog should enjoy the results.