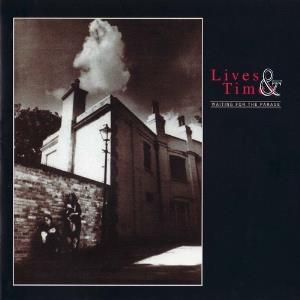 Ever since hearing this duo on the compilation A New Idea of Heaven about four years ago, it seemed like their sound had a lot going for it. Last years' A Pull of the Tide fine tuned their unique style, driven by the writing of multi-instrumentalist Richard Wileman and the airy and oblique vocals of Lorna Cumberland, a sound falling somewhere along the Cocteau Twins/Kate Bush axis. With this, their third album, they have moved further out along this path, offering a convincing other-worldly collection of dreamscapes that often evokes the feeling of Curved Air circa their second album, yet more refined and accessible. Wileman does a commendable job as Cumberland's one-man backing band; though his forte seems to be keyboards, he handles the guitar and bass capably — although the sameness that a single musician brings to the arrangements may also be the album's primary weakness — indeed, a bit more variety couldn't have hurt. Drums are programmed, but far better than most, and five of the nine tracks employ acoustic percussion as well. The final track, "Ascent," is a twelve minute instrumental workout for keyboards, a surreal Enid-esque epic that goes everywhere but only occasionally gets off the ground; in balance, it's clear that their strength lies more in the medium length vocal cuts like "Divide,” "Conformity Song," and "Deadline.” Overall, a good step forward for L&T. Their switch to a better known label should help bring them a wider audience.

Heretic - 1984-88 – Heretic was a Japanese synthesizer / guitar based band from the mid-80s; this release collects three tracks from their first album Interface (1985) when they were essentially a three-piece (two...  (1994) » Read more