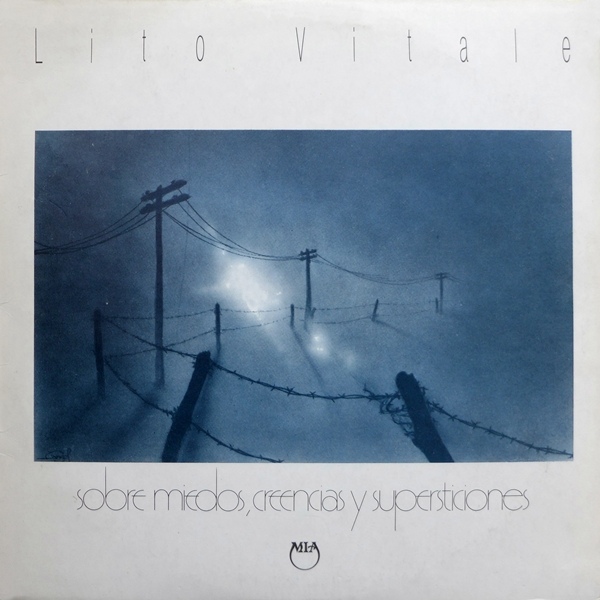 After MIA, Lito Vitale launched his solo career with Sobre Miedos, Creencias y Supersticiones, an ambitious album of powerful symphonic rock. Here, Lito plays just about everything: piano, various synthesizers, guitars, bass and bass pedals – only the drumming and all vocals are guested (and uncredited as well). Vitale on his own is much like all of the best in MIA – circa Cornonstipicum, condensed and energized; the compositions are rich and complex, but never abrasive. Much of the folk influences associated with MIA are subdued, and the music is far more keyboard-oriented as well. There is an adventurous spirit here that goes well beyond the standard vision. Take, for example, the second track "Alumbrando a las Animas," created entirely from voices, the low registers playing off the high and so on. The vocals are essentially wordless scat, much in the Minimum Vital way, yet only a fraction of the original six tracks feature any vocals at all. Four instrumental bonus tracks – presumably from a later album – are included at the end, and take the music in a slightly more jazzy-symphonic direction. Highly recommended.