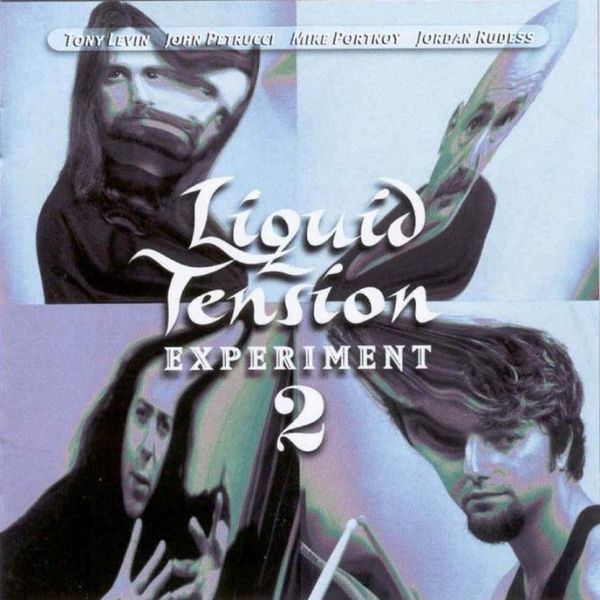 Remember that old adage about the sequel never being as good as the original? WRONG! Case in point. While LTE #1 had many fine moments, the overall approach seemed a little jammy and uncontrolled. Enter the sequel: a collection of eight pieces, most tightly composed, which add up to something much greater than the sum of the chops of the four musicians involved. For those who missed the first one, Liquid Tension Experiment is Jordan Rudess (keyboards — of recent Dregs, Dream Theater, and Rudess / Morgenstein project, among others), Tony Levin (bass and Stick — of King Crimson and Peter Gabriel fame), John Petrucci, and Mike Portnoy (guitar and drums respectively, both Dream Theater members). No vocals anywhere, but who needs them when you have instrumental work of this caliber. The high speed opener “Acid Rain” offers a good idea of what this group is capable of — an adrenaline romp through an array of precision hairpin turns driven by Levin and Portnoy, with breakneck speed guitar and keyboard work from Petrucci and Rudess. Taking no prisoners, not a single second is wasted anywhere during its six and a half minute duration. You'll need a cigarette after that one. But it doesn’t stop there — lightning speed gives way to powerful melodics in persuasive piano and guitar passages on “Biaxident,” an everchanging odyssey that integrates some blues and jazz into their sonic tapestry. Rudess stretches out with the band into some lengthy piano based improv on “Broken Dreams,” and of course what progressive rock album would be complete without a sidelong track? Seventeen minutes of “When the Water Breaks” certainly delivers the goods, no matter how you look at it. Closing the 74-minute disk is “Hourglass,” a hauntingly melodic acoustic based duet between Petrucci and Rudess. In this case the sequel is better by far.