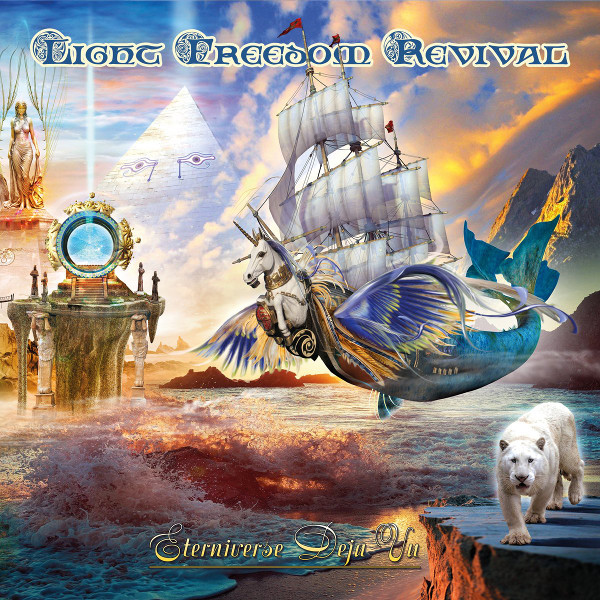 Light Freedom Revival is the project of John Vehadija, a singer-songwriter based in Vancouver, British Columbia. Vehadija says of this album, “I believe the force which guided me to record this album and present it to you came from a very clean and honest place of positive light imagination, so I hope that this feeling is translated to the listener!” And that kind of New Age spirituality infuses the lyrics of these 13 songs. He has enlisted Billy Sherwood (drums, bass, guitar, keyboards) and Oliver Wakeman (keyboards), along with some lesser-known musicians to fill out the sound. The music is the kind of middle-of-the-road semi-progressive pop rock that Sherwood is known for in his solo work, minus the big ideas that infuse some of his work with Yes. Needless to say, if you feel that Sherwood was one of the best things ever to happen to Yes, you’ll probably like Light Freedom Revival. On the other hand, if the kind of rock that aspires to be Asia but doesn’t have the chops sends shivers of horror up your spine, you will definitely want to avoid this. I can see that Vehadija and company have invested a lot of work in this album, and it mostly shows in the quality of the production, but between the insipid vocals, the sappy lyrics, and the lack of originality, I just can’t recommend it. I almost feel like a bad person for disliking this so much, since it was created with such good intentions, but I have to be honest and say the result doesn’t appeal to me at all.

Goblin - Roller – Nice to see this one reissued again, as it was only available many years ago as a very limited edition in Japan. Goblin were a group of musicians who did many horror soundtracks, the best of which,...  (1996) » Read more