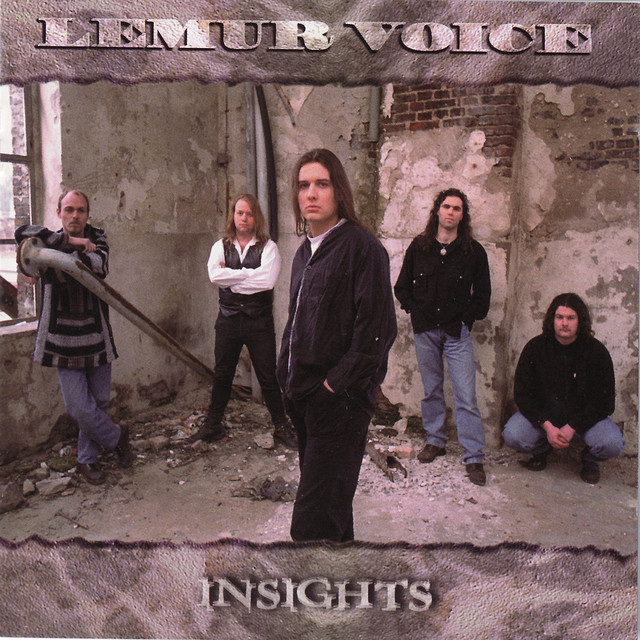 When they give out the awards for the weirdest band names, Lemur Voice will surely be at the front of the line, right up there with Public Foot the Roman. Names aside, if anyone longs for the kind of speedy, technical prog-metal that Dream Theater delivered so well on their first album and thereafter abandoned in favor of more conventional commercial stuff, this five-piece from The Netherlands can still crank it out the way it was meant to be. Mention must be made of guitarist Marcel Coenen right off, as his soaring leads and textures give their sound much of its character. Keyboards, mostly in the form of synth chords behind the vocal passages, piano patches in the more atmospheric sections, and in hand-to-hand combat with the guitar leads, are also deserving of special mention. The album's second track, "Akasha Chronicles," has so many rapid and convoluted changes going on at breakneck speed that it's hard to keep track of — and ranks right up there with "Ytse Jam" for determined technicality. Though it must be understood that there is a lot more to this band than pure metallic crunch, which starts to become evident after the first few tracks, when the band eases into some different styles; vocalist Gregor van der Loo is not your average metal screamer, and adds considerable depth to many of the pieces here. The compositions go well beyond the standard fare into fertile territories influenced by jazz and melodic prog, without stooping to the benign commerciality that afflicts so many bands in this particular genre. In fact, the album's longest track, "Alone," exhibits in its twelve minutes the complete range of Lemur Voice's palette of styles, which in fact is pretty damn impressive. If one wants wall-to-wall relentless buzzsaw prog-metal with shrieking vocals, this is definitely not the place to find it, but if one is looking for a band capable of that, and a whole lot more, Insights might be a good place to look into.