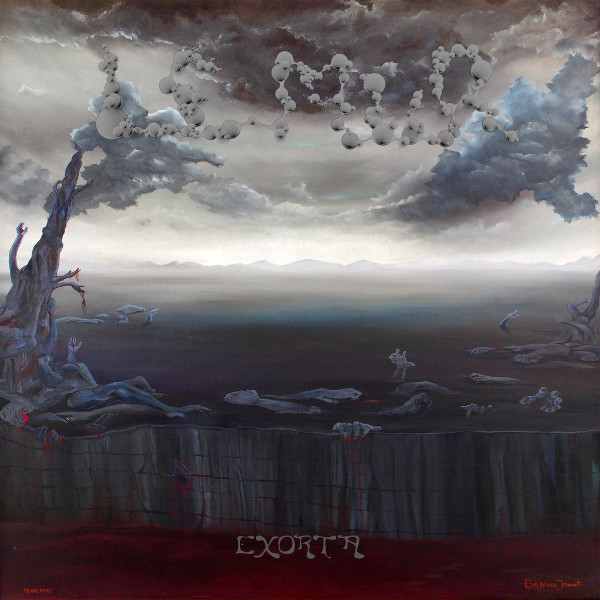 Four years on from their previous album, German rockers Le Mur return with their third album Exorta. As their second album Silentia Nova was the second part of a trilogy, I am assuming that Exorta is the third. Whereas Silentia Nova was mostly instrumentals with a smattering of Chrome influences, Exorta’s seven tracks feature more vocals, with a hard psych jamming edge similar to Carlton Melton, along with a strong link to Joy Division. The tracks tend towards the dark and gloomy side of rock, but not quite gothic. There are many interesting passages on Exorta starting with the nine-minute “Die Nachct de Lemuren (Teil I).” This song starts out as a post punk apocalypse with shouted German vocals for roughly two minutes, and turns quiet with a dark and spooky church organ interlude that fades into a sinister psych jam and sax solo that conjures images os a lowering sky. The song title “(Intro) The Broken Pieces of... (First Piece: Fields of Misery / Second Piece: Broken / Third Piece: Intro from the Past” is almost as long as the four-minute experimental song. The first part consists of reverbed voices that slowly builds layer upon layer with interacting harmonics. The second part sounds like a melodica with vocals and drums. And the third part is a long sustained, reverbed chord that slowly fades away. Then there are the Joy Division influenced tracks “Our Doom,” “These Symptoms Are Temporary,” and “O.M.E.N. - Arisen” with prominent and inventive bass riffing. And the highpoint is the title track. This dark moody instrumental evolves into gothic western territory with an interesting reverbed guitar solo, only to morph into a danse macabre waltz, and then shifting to chanting sepruchal voices and shouted vocals that close the track along with superb guitar and bass lines. Overall, Exorta is excellent music to accompany reading Ray Bradbury’s Something Wicked This Way Comes.