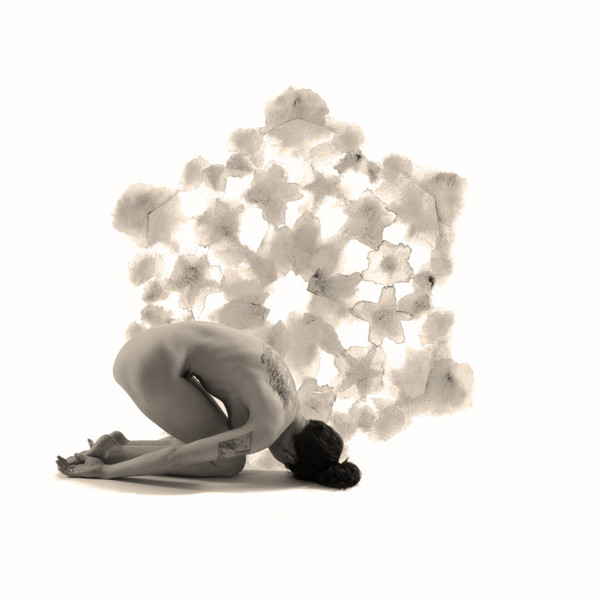 Question of the day: What would happen if an American folk singer became obsessed with Alice Coltrane’s cosmic jazz? Larkin Grimm’s Chasing an Illusion is one credible answer to the question, combining banjo, fiddle, slide guitar, saxophones, harp, bass, and drums with Grimm’s voice on a set of tunes dripping with quiet energy, spirituality, and invention. The seed of the album was planted when Grimm attended Ornette Coleman’s funeral, where Ravi Coltrane performed, and appeared as a resolve to record songs featuring the harp in tribute to a woman whose music had comforted her in difficult times. These eight tracks have a very natural, loose feel, having been recorded live in the studio by a dozen or so musicians and presented “letting the out of tune and out of time parts celebrate our humanity and imperfection,” as Grimm says in the promo sheet. The music is full of surprises and unexpected juxtapositions, with the overdriven bass in “Keeping You Alive” being one of my favorites. The drums keep a slow groove, a harp outlines the chords, the voices intertwine lines with intimate, breathy tones, a flute twitters commentary joined by someone whistling, all with fuzzy throbbing from the bass. The most obvious Alice Coltrane reference comes with “Fear Transforms into Love (Journey in Turiyasangitananda)” with its droning strings, trancelike drums, and flights of fancy from the harp. At other times, banjo functions almost like a sitar, providing twanging metallic lines. “On the Floor” is backed with distorted chords that sound like an electric piano through a fuzz pedal, though there’s none listed in the credits — in any case, it’s a interesting sound, and a bold choice in the arrangement. Chasing an Illusion is full of such bold choices, and presents a unique take on the singer-songwriter genre which succeeds at every level. Highly recommended.