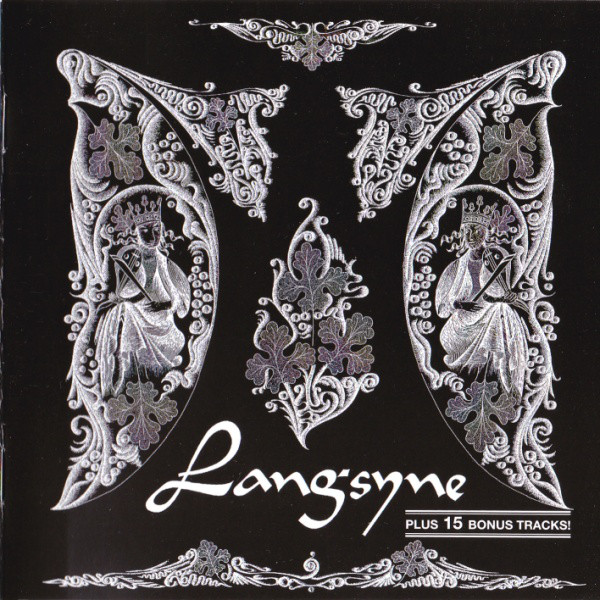 Langsyne was a German folk group that began in 1969 as the duo of teenagers Egbert Fröse (guitar, organ, other instruments, vocals) and Ulrich Nähle (percussion, flute, other instruments, vocals), at the time in the town of Barmen (today part of Wuppertal). The duo wrote songs, practiced and played out for several years until 1971, when they were called up to do their national service, which took the duo in different directions and even out of the country, where the seeds were planted for even more musical adventurism when they reunited in 1973. Shortly after that, Matthias Mertler joined the band on guitar, banjo, bass pedals, and vocals, making Langsyne a trio. Seemingly influenced by the likes of Donovan (songwriting and vocals), Gryphon (their use of numerous unusual instruments like psaltery, sitar, koto, glockenspiel, et.), The Incredible String Band (the general sense of eclecticism), and perhaps Amazing Blondel as well, they sung their songs in English. Some might also be reminded of the American duo Lambert & Nuttycombe. Their sound friend Hartmut Oberhoff was essential to the band’s development with his recordings, allowing the band to multi-track their songs in preparation for their LP, which was released in a micro-quantity of 200 units in 1976, containing seven tracks of what they felt was their best material, including the lengthy opener “Medina,” and “A Very Sarcastic Song,” both by Fröse, “Changing” with its commentary on war and America written by Nähle, and the pensive and mystifying instrumental “Cynghanedd” penned by both. Obviously, with 15 bonus tracks, a lot more material was recorded than they could fit on the album, beginning with the beautiful “Lady Mary” by Fröse, from early in their career. The remaining bonus tracks are mostly shorter pieces under three minutes, some are simply instrumental vignettes, but all are nonetheless excellent, and support the original seven tracks well. The original LP was a full 39 minutes, so in re-releasing the vinyl versions all of the bonus tracks were released on a separate vinyl as Langsyne 2, which also clocks in at 39 minutes. All taken, a great reissue here, and as usual Garden of Delights supports it with exhaustive liner notes in both English and German, printed lyrics (and German translations), and a dozen rare photos from throughout their career, which pretty much ended in 1977 when Fröse left for America.