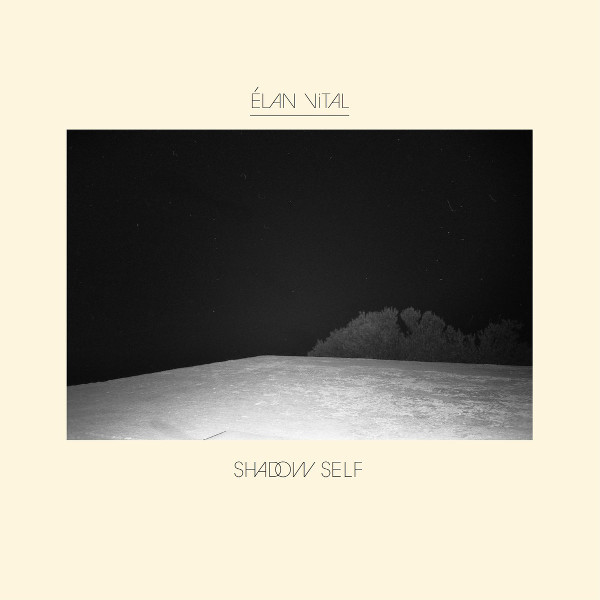 Élan vital is a term coined by French philosopher Henri Bergson in 1907 as a hypothetical explanation for the evolution and development of organisms, life's “vital impulse” or “vital force." New Zealand band Élan Vital’s debut album Shadow Self tries to convey musically that life impulse in the ambiguous zone between electronic and human worlds. Band members Renee Barrance (keyboards and vocals), Danny Brady (synths, drum machines, mixing, and vocals), and Nikolai Sim (bass guitar) blend psychedelic 60s organ with Euro synth-pop shoe gazer dance music, layered with analog drum machines and distorted bass. Various influences abound from Krautrock to New Wave and post punk. The driving bass line and rhythm of “Space” shows the influence of the Human League’s “The Black Hit of Space.” “Possession” has mixed influences from Killing Joke and Throbbing Gristle. And you can easily picture the ethereal songs “Janina” and “Albtraum” belonging on a David Lynch soundtrack, even though Renee’s baby girl voice is buried in the mix making it very difficult to understand the lyrics. For me, the best song on the disc is the closing “Dreams” with its swirling dark dance tempo, standard I-VI-V-I rock chord sequence, and vocals from Danny. The band takes themselves very seriously, which contributes to the dark and gloomy atmosphere of Shadow Self. It is easy to visualize people standing in a trance, not making eye contact, and swaying to the music. So to sum things up, if you are a fan of cold wave music, then Shadow Self is for you.