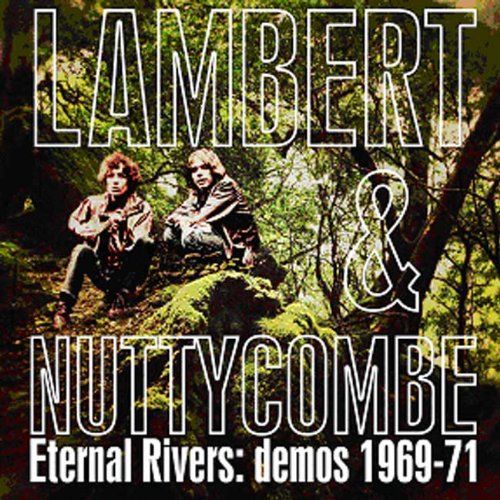 Dennis Lambert and Craig Nuttycombe were a folk duo from the late 60s and early 70s, mostly remembered for their minor hit “Morning,” or their debut 1970 album At Home from which it was taken. That album, originally released on A&M records, was the culmination of several years of writing and performing together, both members being refugees from other unsigned bands. Their formula was simple: honest music and lyrics bathed in beautiful two-part harmonies, with simple acoustic guitar backing, not at all unlike Simon & Garfunkel circa their Parsley, Sage, Rosemary & Thyme period, or pre-psychedelic Donovan. The duo released one more album in 1973 with full band arrangement backing, which was less known and is today mostly forgotten. The collection at hand, Eternal Rivers, is a collection of thirty demos recorded between 1969 and 1971 in the style of their first album, just two voices with acoustic guitar arrangements. Many of these were recorded in the lead-up to a deal with Elektra records that for whatever reason never resulted in a recording, and ultimately sent them to A&M. There isn’t a lot of documentation here regarding the dates or circumstances under which each of these demos were recorded; the important thing to note is that that none of these songs – many quite worthy, appeared on either of the duo’s albums. While the material on At Home was more polished and better produced, this collection of demo cuts is nonetheless quite excellent and serves as a great supplement to where the duo was at in the months leading up to, and immediately following their best known album.