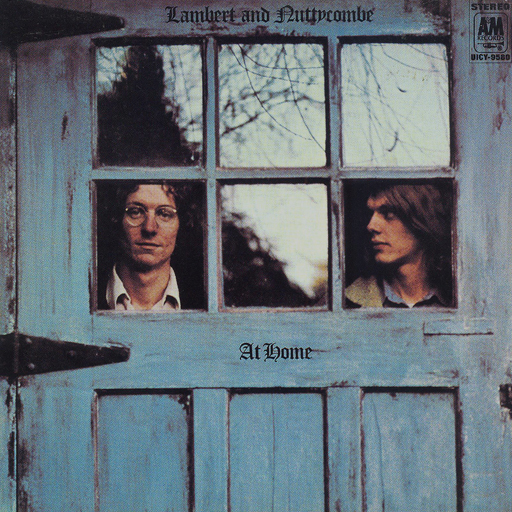 Been waiting a long long time for this gem to arrive on CD. Craig Nuttycombe and the late Denis Lambert got their start as a folk duo in the Los Angeles area after years of playing in a number of different bands. After signing with A&M and a move to Sausalito — just north of San Francisco, they recorded this very special and intimate folk album of original material (save a cover of Jerry Jeff Walker's "Mr. Bojangles"), which received some FM airplay at the time, helping the duo garner a limited but dedicated following. The instrumentation is simple: two acoustic guitars and two singers harmonizing; the sound is soft, warm and heartfelt, as if they are singing and playing their guitars by the fireplace in your living room on a cool winter night while you pass the pipe around. There is no pretension of musical virtuosity at work here, the stark arrangements for two acoustic guitars have one purpose only, which is to support the two as they harmonize and deliver their songcraft, and to that end the effort succeeds immeasurably. Think of Nick Drake's acoustic work, pre-psychedelic Donovan or perhaps Duncan Browne's earliest work for the general tone, though an additional dimension is added due to the harmonies, the end result being nothing short of magical. Until some stateside label releases this, it's only available as a pricey Japanese import, but still worth every penny.

Edgar Froese - Ages – I know what you may be thinking: Froese's parent group hit the skids ten years ago. But have no fear as Ages is a 1978 classic-TD-era release. So where's all the rejoicing? I feel pretty silly myself....  (1999) » Read more