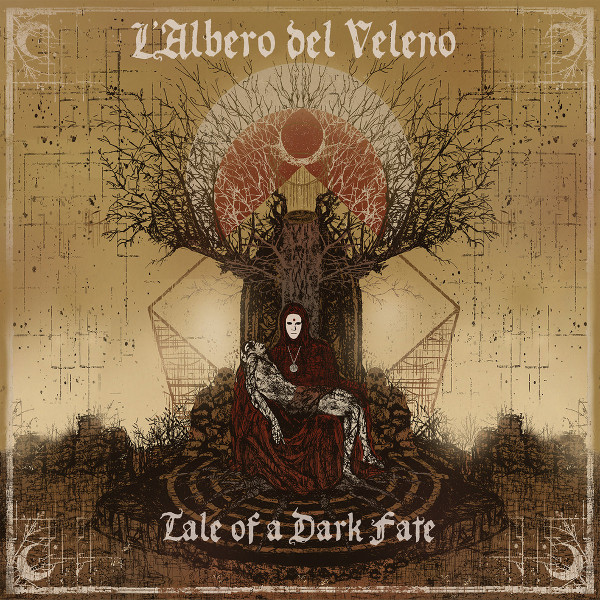 L’Albero del Veleno, Italian for The Poison Tree, released their second album in 2017 on Black Widow Records. This is an interesting gothic instrumental suite in two acts based on Greek mythology. “Act I - Hypnos” deals with sleep and nightmares, while “Act II - Thanatos” on fate, doom, and death. A pleasant and uplifting theme! The album opens with a short prelude of heavy symphonic gothic prog and then launches into “Hypnos” with its four parts: “Morpheus,” the god of doom; “Phobetor,” the god of nightmares; “Interlude I- Momus” the god of mockery, blame, ridicule, scorn; and “Phantasos,” one of the Oneiroi or dieties of dreams. This first act is dark symphonic metal / prog rock with guitar, drums, bass, keyboards, strings, and flute. The eerie and spooky vibe perfectly matches the nature of “Act I.” Then there is a short 15 second break of silence (“Interval”) before the band presents “Thanatos.” This second act contains five parts: “Clotho” the Fate who spins the thread of life; “Lachesis,” who draws out the thread; “Interlude II - Ananke” the goddess of necessity and compulsion; “Atropos” the Fate who cuts the thread; and “Postlude - Moros” the god of impending doom who drives mortals to their deadly fate. Not only does the theme change with the second act, the mood of the disc changes as well. Gone is the symphonic prog, replaced with quiet introspective gothic music. “Clotho” is slow quiet piano and drums as she spins, “Lachesis” is dark dissonance with some King Crimson influence as she draws the threads, “Ananke” has a compelling ostinato bass riff, “Atropos” picks up the tempo with beautiful and dark flute and guitar lines. And the album closes with “Moros” and a piano and viola or cello duet that plods along as the listener is inexorably driven to his or her fate. Overall, a pretty tasty set of gothic instrumental neo-Italian prog!