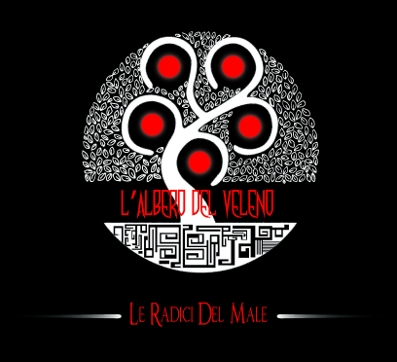 Since this band claims horror and thriller soundtracks as part of their inspiration, I prepared for this writing by pulling out a few Goblin albums to refresh my memory. It's always nice to have an excuse to revisit something like Il Fantastico Viaggio del "Bagarozzo" Mark, so thank you, L'Albero del Veleno, for the opportunity. But I'm not reviewing Goblin here, so we'll move along to Le Radici del Male. This band has the advantage of not actually having to tie their music to a movie, so they don't have to do silly disco tracks like you'd find on a European film of the 70s - a plus right off the bat. Bagarozzo Mark turned out to be a really good mood-setter, as it's the most progressive and least soundtrack-like Goblin I've heard. (I know there's more to Albero's inspiration than just Goblin, but I have to go with what I know.) Aside from any questions of origin, this is solid music, well written, with enough stylistic variety to keep things interesting, but not so much as to be incoherent. The melodies are solid, whether presented on keyboards, guitar, violin, cello, or whatever. The arrangements are lush but not bombastic. Each of these tracks accompanies (or is accompanied by) a short film made especially for it, but when presented with only the audio, it's the kind of music you can put on, close your eyes, and drift off with the movie your own brain produces for it. Which is to say that it works admirably on its own. I'm looking forward to more from this poison tree... DVD perhaps?