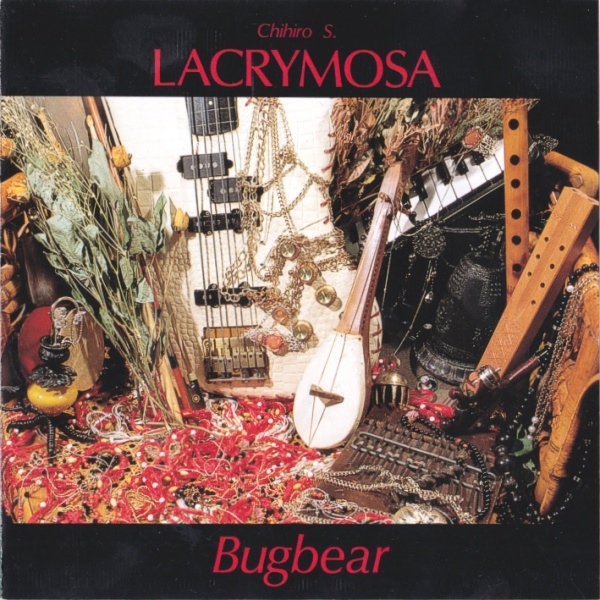 Lacrymosa is a collective of musicians loosely organized around bassist Chihiro S. (see also Golden Avant-Garde). Their sound could be described as chamber rock, yet not in the traditional European sense; while the influences of bands like Art Zoyd and Univers Zero are evident, an equal influence is brought in from Japanese / eastern folk themes, giving the band a very unique character. Instruments used include synths, piano, violins, oboes, flute, clarinet, cello, percussion, and so on, and of course, bass. There are some occasional vocals, mostly by Chihiro himself, but primarily this is an instrumental band. The CD Bugbear contains all of the band's first self-titled album from 1984, the Gishin-Anki EP from a year later, and five bonus tracks from the earliest recordings, circa 1983. This is more acoustic than the following release (Joy of the Wrecked Ship), and may prove to be the easiest first step for those not familiar with the band.