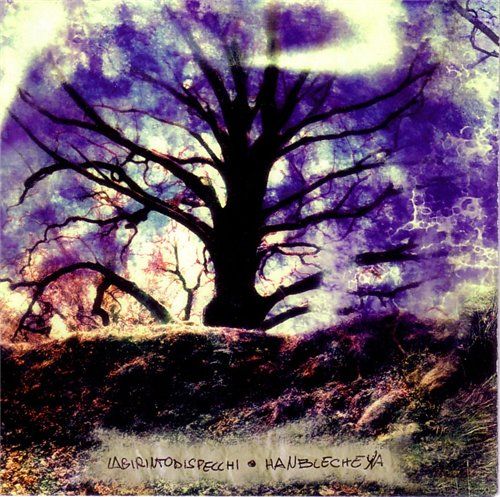 This Italian five-piece has been around for about ten years as of this writing, and although an earlier demo La Maschera della Visione exists, Hanblecheya is the band’s first official release, and in fact much of the material from the demo has been reworked for this disc. The surreal photos in the quad-fold might well offer an idea of what their music is like in a general sense, full of evocative mysteriousness, riding a wave of dark and shaded moods, based in rock, but with a distinct psychedelic edge, and laced with eastern elements, recalling some fundamentals of Porcupine Tree circa The Sky Moves Sideways, along with the dweedly synth expansions of Ozrics and other trancey psych bands, but they sound like neither. It’s a double-keyboard band, with prominent piano and heavy symphonic textures backing everything up (Andrea Valerio), while the other player (Diego Samo) seems to be more of a psychedelic effects master and solo guy. The band is rounded out with a strong guitarist (Gabriele Marroni), plus a powerful bassist and drummer (Filippo Menconi and Raffaele Crezzini, respectively). There are several additional collaborating musicians, foremost among them are Michele Sanchini (cello) and ex-Pholas Dactylus singer Paolo Carelli, who narrates the concept of the story (in Italian) of what would otherwise be a purely instrumental experience. The opening passage of the seven minute “Del Nulla Etereo Soggiogato dall’Ignoto la Mente Si Espande” (one of the new songs not on the original demo, and one of the album’s most psychedelic pieces) commences with a truly disorienting feeling like the fabric of the sound is bending and twisting, and continues into some treacherous waters with mysterious percussion and bizarre studio effects. More than anything, Hanblecheya conveys feeling and imagery that takes the listener on a journey well beyond the expected limits of standard progressive fare.