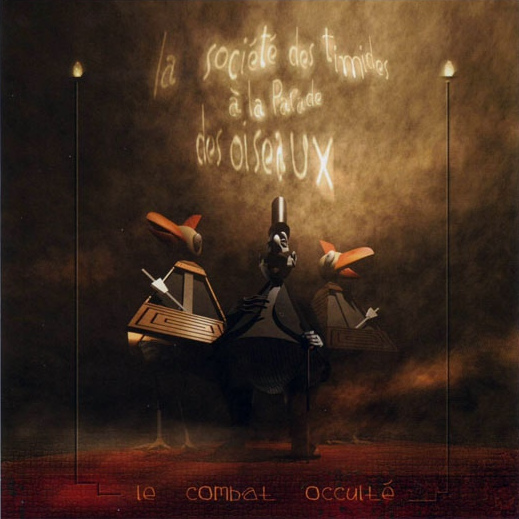 This French avant-garde troupe has been around for a while, and though I’ve seen the name around for ages, this odds-n-sods collection is the first I’ve really heard of their strange music. Material from 1984 to 1993 is covered, albeit without details about what happened when – I suppose obscurity is their stock in trade, so I shouldn’t be surprised. The style varies quite a lot, from off-kilter chamber rock with marimba and sax to raucous noisy post-punk liberally spiced with insane sax playing and dissonant guitar. And like many groups in this general territory, the vocals are not generally what you’d call singing. There are whispers, shouts, goofy warbles, and all sorts of other noises, mostly in French, with a bit of Armenian, German, and English thrown in, as well as some nonsense syllables (what to make of “DadaMax Stellt Loplop Vor”?). It’s kind of like European RIO Chamber Rock crossed with Art Punk and Avant Jazz, a totally unpredictable conglomeration full of either bizarre humor or mental imbalance (or probably both). More suited for art galleries (and not the kind with landscape paintings) than pubs; and certainly not for everyday listening, but for those times when you want to shake up your own head a bit. Fans of the Residents, Renaldo and the Loaf, or Už Jsme Doma should find lots to like here, but if the odd bits of The Lamb Lies down on Broadway are your idea of strange, you should probably stay away.