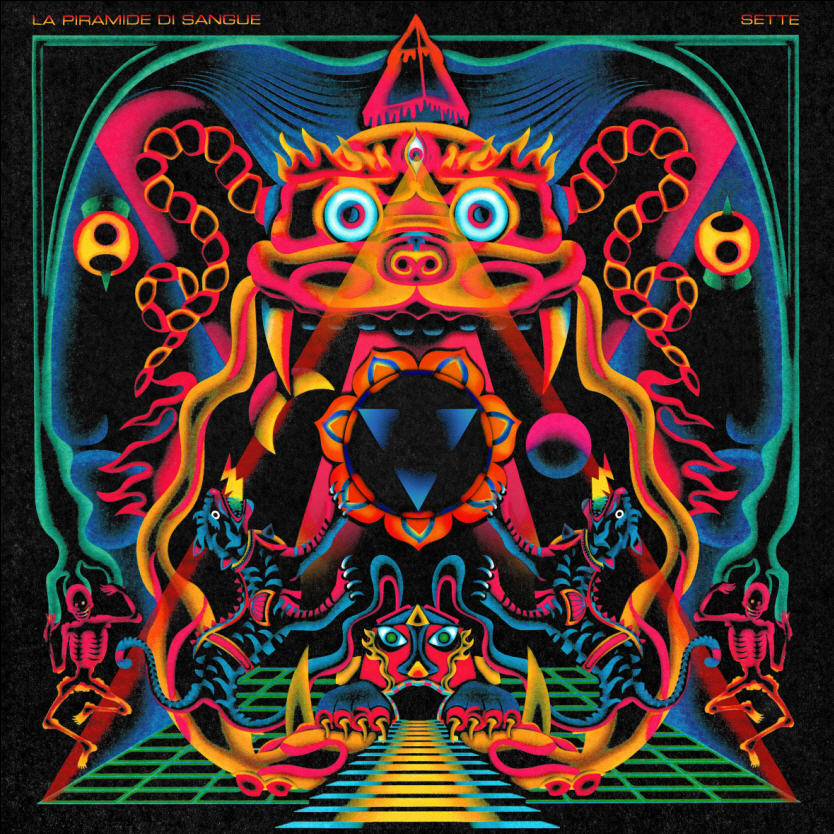 Infusing rock music with influences from the Middle East can be as simple as using a drone underneath a melody in a scale not generally found in European classical music. But when it's done right, it's much more than that, with bands like Mawwal leading the way to a deeper melding of cultures. Or you can look at it from the other side, as musicians from outside Europe turn to rock for its power and impact, but choose not to leave their own heritages behind. La Piramide di Sangue is based in Torino, Italy, led by clarinetist Gianni Giublena Rosacroce, and includes two guitarists, two bassists, percussion, and synthesizers. The sound is dense and enveloping, taking the psychedelic wanderings of precursors like Embryo (think Reise) and condensing them into a thick fog of delicious sound. Thundering drums and gnarly bass lines back wah-wah guitar, and the clarinet flutters above it all like a flag twisting in the wind. Passages of sonic overload (pretty much a given with a seven-piece like this) are offset by sparser moments where percussion underlies subtle sounds. Sette is a definite step above Piramide's 2012 release, Tebe, sounding much more assured and solid. Certainly one of the best psychedelic releases of 2014, and one of my all-around favorites.