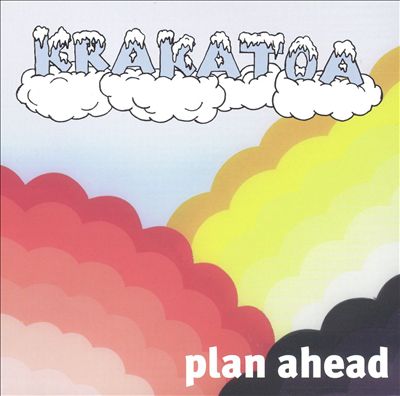 I had heard virtually nothing about this new, up-and-coming quartet, and still know little about them apart from their names (Ted Casterline, Valerie Opelski, Glendon Jones, and Jay Horvath), so I certainly was not expecting Plan Ahead to be as good as it turned out to be. Don’t make the same mistake I did, pay attention to them! This is an eye-popping exercise in instrumental chamber-prog, with some traditional American influences. A whole slew of instrumentation (mainly percussion) is credited, and it is not certain who played what, but piano and violin are the dominant components of the sound. The violin playing is most especially memorable. I have not heard such mad bow-sawing since Raymond Vincent’s lunatic Gypsy violin ravings on Esperanto’s tragically under-appreciated Danse Macabre. Yet while the “classical” and Eastern European influences can’t be denied, neither can the inflections borrowed from American folk musics. The violin can at times take on a bluegrass-like feel, then proceed back into a Stravinsky-like melodic line as the juxtaposition were the most natural thing in the world. Sure, if you’re not used to it, it can be pretty bizarre. But it’s also impossible to compare them to anyone else, really, which in my book is high praise indeed, especially when you consider this is [apparently] their debut release. Here’s hoping for a long and healthy future for Krakatoa. The band, of course... it’s too late for the volcano.