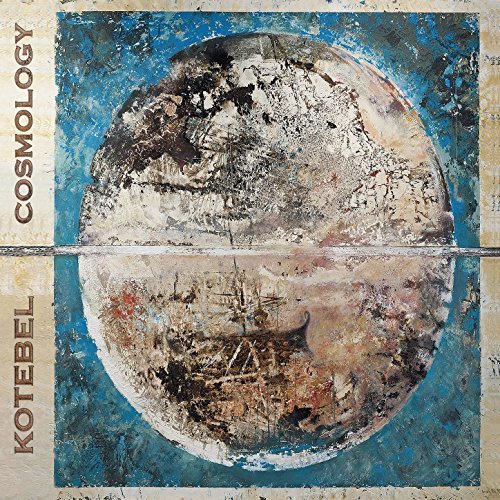 It’s been around five years since Kotebel’s previous studio release Concerto for Piano and Electric Ensemble — I remember it well, and it’s no surprise at all that this follow-up took five years to write, arrange and record, as this one is even more ambitious than its predecessor, and ultimately succeeds on all levels. The group remains the same, with keyboardists Carlo Plaza Vegas and Adriana Plaza Engelke responsible for the bulk of the compositions, alongside a couple titles by guitarist César Forero. Bassist Jaime Pascual and drummer Carlos Franco comprise the formidable rhythm section. This time out, in addition, we have guest flutist Omar Acosta, who is featured throughout. The album is entirely instrumental, and following the eight-minute opener, “Post Ignem,” that suitably sets the stage for the album’s 32+ minute centerpiece, the four-part “Cosmology Suite” which delivers on all the promises of the band’s previous works in a full-on symphonic rock opus that blurs the lines between classical composition and rock, with imaginative melodies and arrangements bearing more in common with the former, thanks to the dual-keyboard configurtion of the lineup — when piano is present, it’s Adriana playing it, otherwise it’s both Carlos and Adriana masterfully playing a wide and amazing array of electronic keyboards, and with the addition of flute, the band approaches the power of a full orchestra. The four remaining tracks include “Mishima’s Dream” and “Dante’s Paradise Canto XXVIII,” both composed by guitarist Forero, the latter being a remastered version of the Colossus label’s Dante’s Paradiso multi-artist project from 2010, but it seems to fit into this album seamlessly. Adriana Plaza’s “Paradise Lost / Paraiso Perdido” follows it, and closes the disc with an introspective duo for piano and subtle electronic orchestrations. All taken, Cosmology is another powerful set by a band that continues to amaze with each new release.