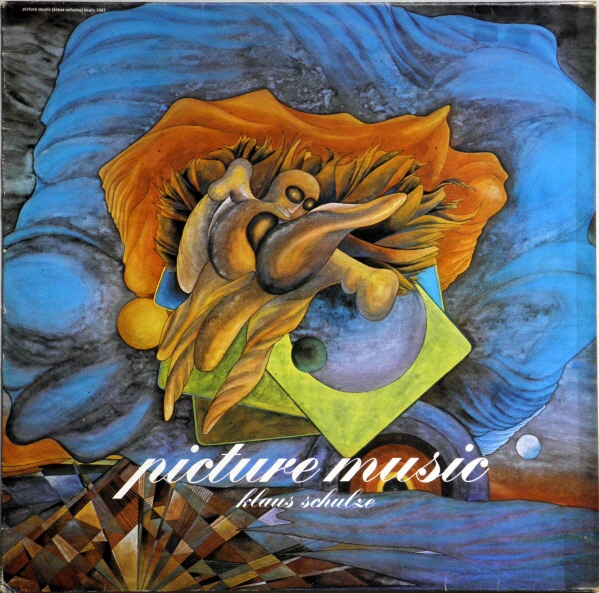 OK now for the deep dive into 70s German electronic music. When I was 16 or 17, some friends and I did radio shows at our high school radio station. One of the older DJs there (I think we started as juniors and she would have been a senior) allowed both a friend and I to get serious discounts at Tower Records for things to play at the station. At the time LPs were roughly around $6.99 new and we were allowed to bring up handfuls for $2 a piece. This was right around the time the new age market was starting to explode and for whatever reason the Windham Hill and Narada records shared shelving space with all these old German records. In fact there was a label that reissued some of the Klaus Schulze albums at the time in really horrible generic covers. The original Brain Picture Music was a beautiful cover so I never understood it except in the context of Windham Hill and Narada and their slick safe covers. Anyway my friend bought Phaedra and Picture Music and I bought Rubycon and Timewind and we shared, and I remember hearing "Totem" from this album one night for the first time. It's the piece that made the album, with that sequencer like some sort of electronic tabla gently popping in the background as Schulze solos wistfully through its length. And as such it has always been a favorite, one of three...