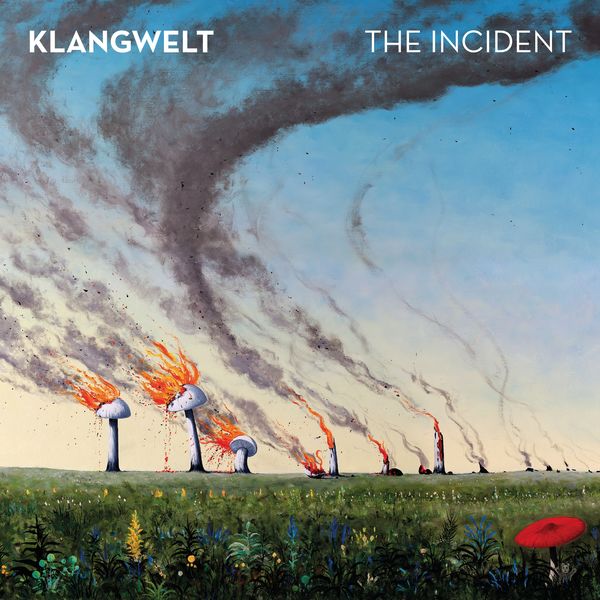 Gerald Arend (AKA Klangwelt) is not a prolific musician. He released his previous (third) album, XOIO, in 2006, which I did not like. Twelve years on he has released his fourth album, The Incident, on June 1, 2018. Given the passage of time I approached this new Klangwelt release with an open mind. And I must say that The Incident is orders of magnitude better than XOIO. The cover art with its nuked mushrooms and “mushroom clouds” is by itself quite intriguing, making you want to know more. Is there a story here? Is The Incident a concept album? Perhaps it is, with track titles like “Exclamation,” “The Incident,” “Rêve Mécanique,” “Sirens,” “Evocation,” “Aftermath,” “Scars,” “Neon Tribes,” and “Decades.” Maybe The Incident is a post-apocalyptic tale, but with only instrumental tracks and no other explanation, it is for the listener to decide. There is quite a resemblence to Oxygene era Jean-Michel Jarre, Berlin school electronics, and Mike Oldfield’s The Songs of Distant Earth. Klangwelt also throws in other sonic elements such as cawing birds, insects, low flying aircraft, clock chimes, sampled voices, snippets of lectures, movies, public service announcements, dialog, and pouring rain. Klangwelt is skilled at conveying different emotions with each aptly named track, be it dark brooding electronics or beautiful interludes. I found “Rêve Mécanique” to be particularly interesting. This track begins with mechanical ticking sounds and slowly develops as a trippy experimental piece that morphs into a Mid-Eastern themed and sequencer-driven rhythmic climax. And there is something about “Scars” that makes me think of Bladerunner. It could be the sonic quality of the dialog snippets and pouring rain. All things considered, The Incident is an excellent album that shows Klangwelt has worked hard over the last twelve years to hone his compositional skills and music.