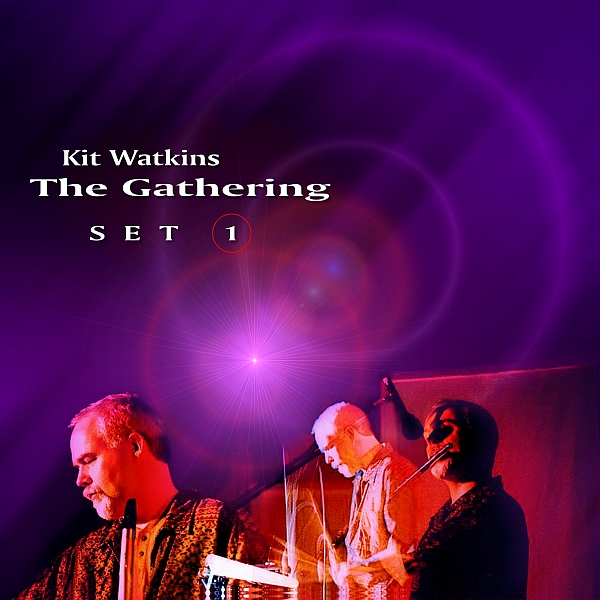 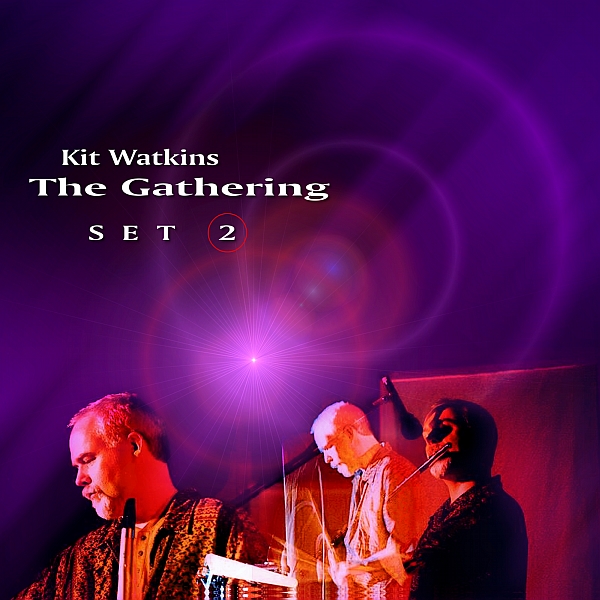 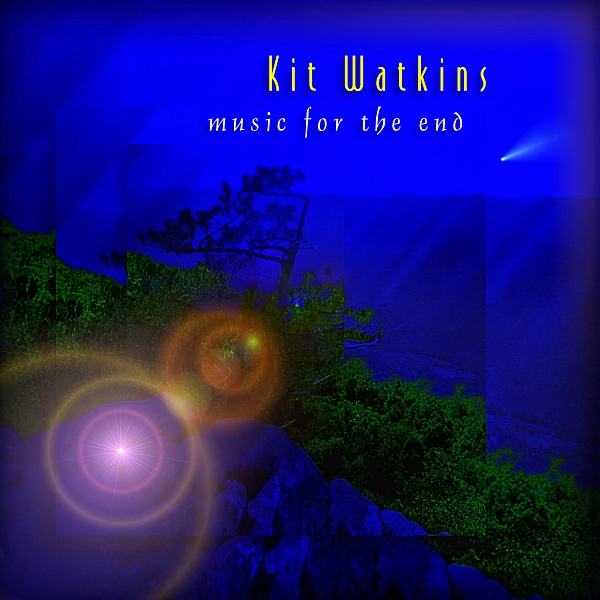 Fans of Happy the Man, beware. These three live CDs are more in the realm of ambient space music than progressive rock. Taken together, they document the musical happenings on the night of March 10, 2001, at a festival called The Gathering (two sets), and then afterwards on the radio show called Star’s End. All in all, this is just short of three hours worth of music. Watkins performs solo with an array of synthesizer modules, percussion, an electronic wind instrument, and probably some other things not mentioned in the credits or shown in the pictures. With the percussion, it wouldn’t be fair to call the music entirely ambient, at least not for the two Gathering discs. There are many different techniques involved here, but “The Aftermath of Neglect” from the first set serves as a good example. It starts with a shimmering wash of quiet sound, then works into some flutters on some sort of hand drum. There must be a looping of that, since it continues while a serene melody on the electronic wind instrument starts over the top and the percussion continues. This goes on for twelve minutes, working through a few slight changes in mood: the drum drops out, the EWI backs off for a bit of background wash, and so on. Other times, a pattern will be set up on a piano-like sound and then looped for the EWI. Many of the chord progressions (yes, there are some chord progressions) have a distinctive Watkins sound, moving in ways that will sound familiar (though not in a specific way) to those who know his previous work.

Music for the End is much more atmospheric, with no percussion aside from some cricket noises. I would say only a serious fan would want to have all three of these. My favorite is Set 1, but not by a long shot – they’re pretty similar. Alternately you could go to mp3.com and sample tracks, and buy just the ones you want.