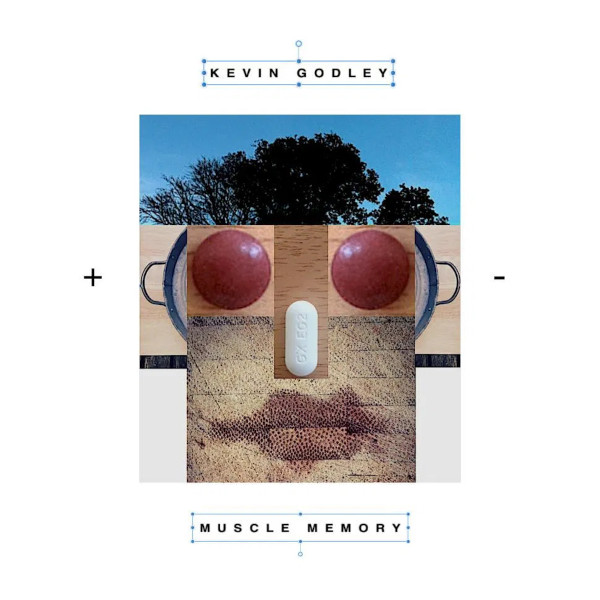 My LP collection includes three albums by Godley & Creme — L (1978), Freeze Frame (1979), and Ismism (AKA Snack Attack) (1980) - and they are all absolute classics of art-pop music for their time, full of intelligent lyrics, quirky arrangements, great singing, imaginative instrumental work, and stellar production. Strange to think that it’s only 40 years later that Kevin Godley is releasing his first solo album. With a career that includes the band 10cc as well as his duo with Lol Creme, his reputation is firmly sealed, but Muscle Memory is a worthy addition to his body of work. Several years ago, Godley decided to embark on his solo debut, and he put out the word to musicians around the world to submit backing tracks to which he would add lyrics, melodies, and whatnot. He ended up receiving 286 pieces and went about the long process of evaluating them and deciding which to proceed with. In the midst of all this, his funding, which had been through PledgeMusic, disappeared with the platform’s demise. Still, he persevered and whittled the project down to the 11 tracks on Muscle Memory. The track originators remain uncredited so as not to draw attention to which were from high-profile artists and which from unknowns. (It has come out that “Song of Hate” came from Gotye, but I’m not aware of any other revelations.) The bottom line is that while the sounds and styles vary quite a bit, they all hold together as a cohesive collection, largely due to Godley’s distinctive voice and style of vocal arrangements, which are highly reminiscent of what we heard on the classic Godley & Creme albums. For the lyrics, Godley has a lot on his mind, including social and political issues, and he attacks them with wit and (sometimes) venom. “The Bang Bang Theory” will likely draw a lot of attention, with its satirical take on America’s obsession with guns, including a proposal for a reality show to take advantage of it. Social media, business buzzwords, and internet trends are examined on “Cut to the Cat” — “The trick is to make what’s really offensive as inoffensive as possible… If Granny’s getting gang-raped by smacked-out zombies, cut to the cat — Everybody loves Grumpy Cat.” Not for the faint-of-heart! Sonically, Muscle Memory is a modern gem, completely contemporary but somehow timeless (unless you go back before the late 70s).