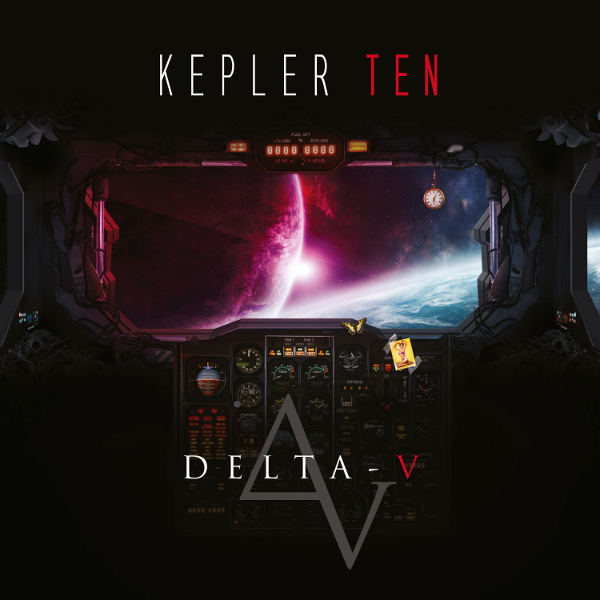 Last November Kepler Ten released the debut single, “Time and Tide”, from their upcoming album Delta V that has finally hit the streets. As evidenced on “Time and Tide,” Kepler Ten’s music is strongly influenced by Rush. And therein lies the problem. The compositions of the songs and the instrumentals are great, but the Rush-inspired vocal melodies do not work. I find it difficult connecting with vocal melodies that try too hard to be “progressive.” The songs on Delta V are definitely not what you would find yourself singing in the shower. The disc opens with “Ultraviolet,” a slow cathedral organ crescendo that accelerates into a hard rock song as Kepler Ten takes you on a journey into deep space. “Time and Tide” is next, followed by the Rush-influenced tune “The Stone.” They shifts gears with the next song “Swallowtail,” a light acoustic song with a butterfly theme that vastly improves with the addition of Mellotron and electric guitar to end the song. “The Shallows” has somewhat of a Peter Gabriel Security influence in how they combined the rhythm and music. “In the Sere and Yellow” is another Rush-inspired song that only improves near the end with the Moog and electric guitar solos. And the disc closes with the eleven minute “Red Skies Rise.” Offsetting the Rush influence on this song are street noises, air-to-ground radio transmissions, radio, and sci fi clips integrated into the music along with Mellotron and synths. There is also a shift to an SOS rhythm in the later half of the song. So in a nutshell, if you are a Rush fan, Delta V is for you. Otherwise, if you can get past the melodies, you will find enjoyment in the instrumental sections.