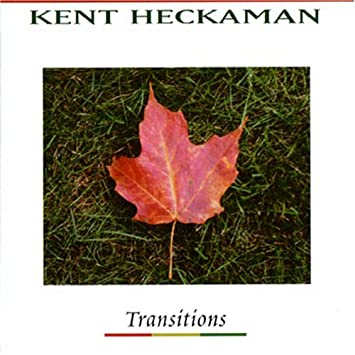 Tony Gerber of Spacecraft sent me this CD, and with it he continues to show me that I need to expand my musical horizons. I figured it would be something along space and ambient music lines, especially since he and fellow Spacecraft member Giles Reaves play on a couple of tracks. But they are clearly a small part of the ensemble, which includes big names from the new age market, such as Michael Manring on fretless bass, David Darling on cello, and Matt Oakes on trumpet. To list all the players would take up the rest of the review. Suffice to say, it is a largely acoustic outing, with smatterings of synthesizers the exception rather than the rule. Wordless female vocals are used to good effect in “October Leaf” and “April Leaf,” lending an ethereal air to the proceedings. But all of it is a backdrop for Heckaman’s piano playing. Even though Oakes’ trumpet figures prominently in “Miles to Go,” Heckaman’s keys form the backbone of the song. All songs were composed and arranged by him, with the exception of one collaboration with Tony Gerber and Kevin Heckaman. This CD would sit comfortably alongside the strongest material Windham Hill and Narada have to offer. Guys, your spouse/girlfriend/significant other will love it. Music with a heart.

Biota - Half a True Day – Colorado Art colony Biota continues to make strides in their first new collaboration in over six years. Since their last recording, the European folk elements have been put in the background in favor...  (2008) » Read more