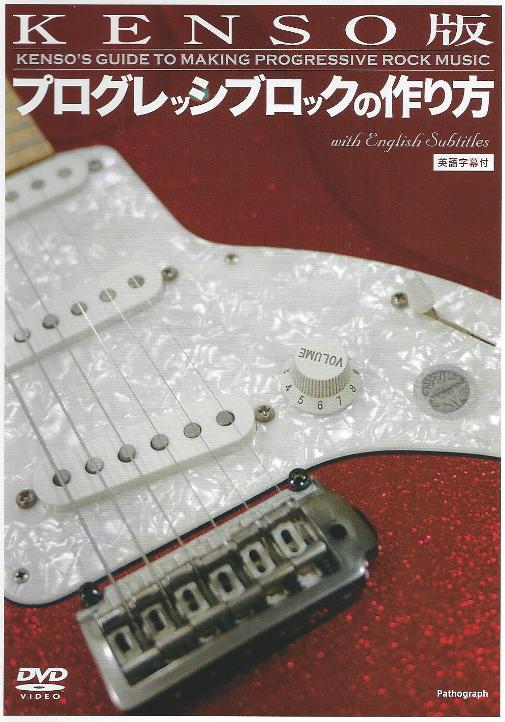 Well, in all my years or reviewing things, this is really a first. The 2DVD set is part performances, part music theory lectures, part insights, and part interviews; this is basically the members of Kenso showing the viewer how they create their music – sort of a ‘prog rock clinic’ if you will. On paper that doesn’t really sound that enticing, but in fact the first DVD (all 2.5 hours of it) is pretty amazing stuff, where the band dissects and analyzes a number of their better known pieces. “Anesthesia Part 2” from their second album way back when is revisited, analyzed, re-arranged using various different time signatures, each version played by the band in a rehearsal. There are clips of other pieces, both live and rehearsals, used to illustrate various theoretical concepts (melodic and rhythmic) that they are built on. Their gamelan piece “Tjandi Bentar” is given a lengthy dissertation by keyboardist Kenichi Oguchi. Granted, I wouldn’t suggest starting here – it would probably be best to familiarize yourself with Kenso’s repertoire via one of their many excellent live albums first. This is really something for musicians who want to delve deeper into what makes Kenso’s music work. Everybody in the band gets the focus at various times, and even a few folks from outside the band offer ideas as well. The second disc is shorter – a little over an hour, and is mostly guitarist Yoshihisa Shimizu and Oguchi discussing the merits of various progressive rock LPs in their collection, although the other guys contribute at various times as well. Not as engaging as the first disc, but still a lot of fun. English subtitles are provided, although one gets the sense that there’s more being said than what’s printed at the bottom of the screen. An excellent set, though mostly of interest to musicians and prog music geeks.