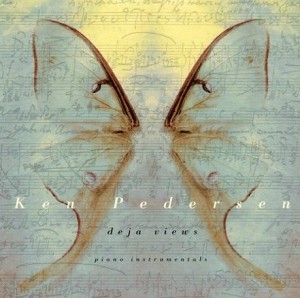 Deja Views is a collection of 12 piano instrumental pieces based upon various classical themes. Many of the tracks are piano solos, and some have wind or string accompaniment. The songs list people ranging from Bach to Beethoven to Copland to Foster as sources of inspiration. Some of the tracks like "Birth of Hope" or "Reunion" really resemble the listed inspiration composer and piece (in this case Bach's “Jesu, Joy of Man's Desiring" and Pachelbel's "Canon in D"), while others aren't as easy to connect. The style of playing is squarely in the New Age camp, and Pedersen favors sticking with traditional major and minor chords and progressions for the most part. Even in the MacDowell, Glass, and Copland-inspired pieces where you might expect the unexpected, the arrangements are fairly harmonically confined. On an up note, the recording quality of the album is actually quite good with the piano sounding well-balanced and smooth. Pedersen is obviously very comfortable playing in this style too. It would have been more interesting had he played the songs in more varied styles though. Instead, what he presents on Deja Views is a homogenized view of the music based on these diverse composers.