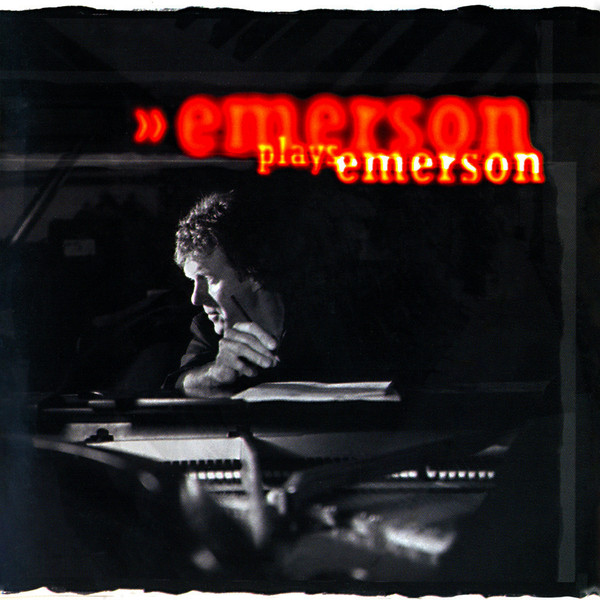 The late Keith Emerson needs no introduction to readers of Exposé; his tenure with The Nice, Emerson Lake & Palmer, Emerson Lake & Powell, 3, and well over a dozen solo releases and soundtracks have earned him a place in rock history as one of the finest keyboard players who ever lived. The release at hand is somewhat of a curiosity, but one well deserving of attention, as it presents Emerson on piano, playing mostly his own compositions, plus a few adaptations (Ginasera, Gershwin, and others) that he had made his own over the years. Jazz and classical are in abundance here, as well as ragtime, show tunes, blues, and more, most performed solo, although a couple tunes along the way feature double-bass and drum accompaniment, “Honky Tonk Train Blues” features the Oscar Peterson Big Band live (with Oscar Peterson on piano), and the closing solo medley of three cover tunes was recorded when Emerson was only fourteen years old! The 22 tracks run well over an hour and present a cross-sectional calling card of his compositional genius and amazing chops. This release has a curious history as well: EMI originally released it in 2002 and let it go out of print almost immediately, after which it was promptly bootlegged by a Russian label. This 2017 reissue by the Emerson estate is the first time it’s been available in almost a decade and a half, with a 20 page booklet and exhaustive liner notes repeated in English, German, and Italian. Being familiar with all his rock stuff (ELP, The Nice, etc.) and exposed to a few of his soundtracks, I wasn’t sure how much this would appeal to me, but it’s been a nice surprise and I have to recommend this to all who don’t know this side of Emerson’s endeavors.