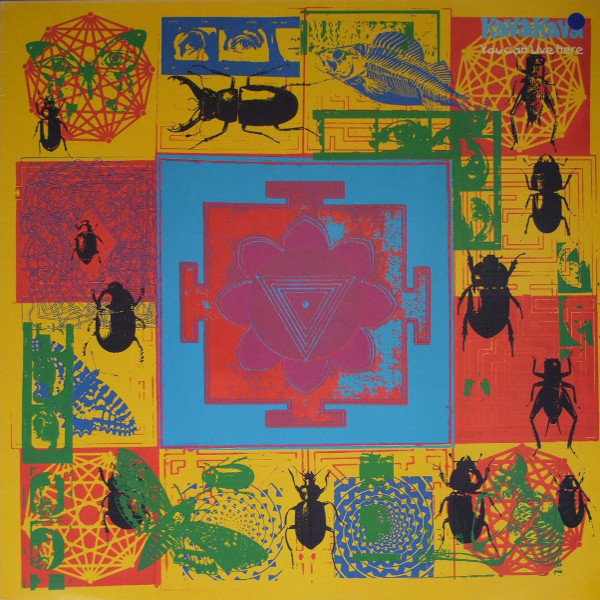 Blasting off with "Headset," a big bluesy rock song with brass trimmings, one might be reminded of Colosseum or other great British bands of the early 70s. Each track that follows reinforces the notion that Kava Kava is indeed a powerhouse to reckon with, inspired by the best from yesteryear but brought forward with a distinctive 90s flavor. The basic band is a four piece of guitar, bass, drums, and vocalist Pat Fulgoni doubling on keyboards and trumpet. They are augmented by saxes, extra keyboards, and ex-Tull drummer Barriemore Barlow helping out. The music is fast, furious, and full of fire. Fulgoni's distict and powerful voice, as well as the funky hard rocking rhythm section of Chris Sykes and Jason Riley, on drums and bass respectively, go far to give the band their unique character. Guitarist Matt Bond is versatile, adding the glue that holds the sound together as well as offering some impressive growling arpeggios and psoaring psychedelic leads in a stir-fried frenzy. Their sound is typically punchy and aggressive, but occasionally gets edgy and dissonant, and has a quiet and spacy side as well. The material covers quite a bit of territory, and the compositions are no nonsense and self assured. In short, there's a lot here to get excited about.

Akai Ikuo - Language without Words – This short album (in the neighborhood of 30 minutes even including the two unlisted tracks) is the first US release but Japanese experimental multi-instrumentalist Akai Ikuo. It’s a combination...  (2008) » Read more