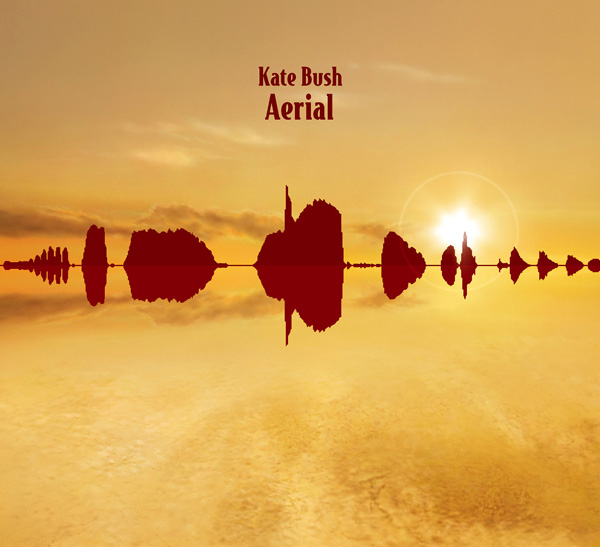 As listeners and consumers of music, we generally have contact with artists only through their work, and are only aware of their lives outside music as they present it in their recordings (unless they reach celebrity status – then we can hardly escape them). But all artists naturally have everyday lives, and in Kate Bush’s case, she’s been off living that life and not her musical one, not in public anyway. From the first piano tinkle of her first album back in 1978, it’s been clear that she was a singular entity, creating music not so much for the world at large as for some private world only she inhabits. Luckily for her, the results have crossed over into our world and even enjoyed success, though the bulk of her output has been too eccentric for the pop charts, from the proggish pop of Never for Ever to the eerie experimentation of The Dreaming. So now, after a gap that almost makes Peter Gabriel look prolific, she is back with a sprawling double CD of new material. Those looking for the brash oddness of some of her earlier work will be initially disappointed at the seeming ordinariness of Aerial, though repeated listening slowly reveals details that no other artist could have produced. She starts off with the charming, bouncy single “King of the Mountain” with its tales of Elvis sightings, and then goes into something only she would attempt (let alone pull off): a song called “π” about a number-obsessed man in which she sings digit after digit in between the verses. Then she gets all medieval on us with the beautiful, if precious, “Bertie,” an ode to her young son backed by antique instruments. The other songs on the first disc continue the diverse path, adding some percolating synthesizers and subtle grooves. The second disc features nine tracks grouped as a suite, an impressionistic journey through a day with recurring themes of birds and artistic endeavor. It’s a marvelous and detailed achievement, with beautiful production and performance throughout, unpredictable and sure to continue to reveal its secrets over the years.