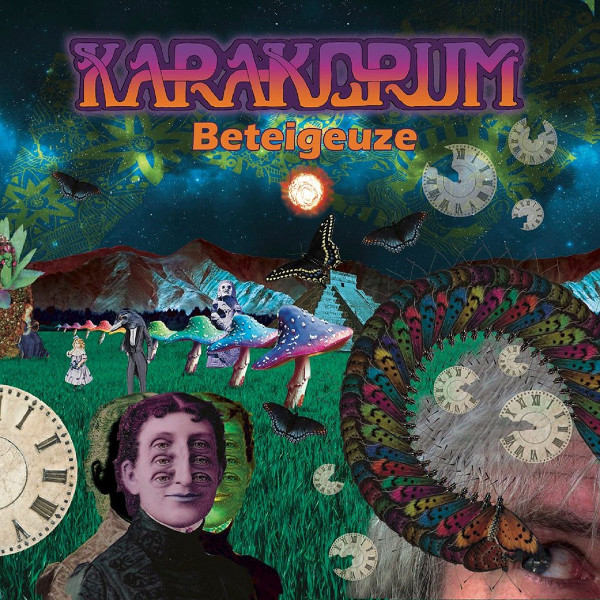 Karakorum is yet another progressive rock band weaving elements of classic 70s music into a modern style. They’re based in Mühldorf, Germany, though in many ways they remind me of recent bands from farther north — Sweden, Norway, and Finland. Beteigeuze is their debut album, having been preceded by some demos from 2016, and consists of the three-part title suite. “Beteigeuze” is the German name for the star called “Betelgeuse” in English, and I’ll admit I’m a bit unclear about the meaning in this context. The lyrics tell some kind of a story, and it seems kind of science fictional, but that’s sort of beside the point. The music is a distinctive amalgam of many elements, and at varying times, a listener might be reminded of Yes, King Crimson, Camel, Pink Floyd, and many other bands, including a bit of Gong-ish whimsy. Listening for the umpteenth time, I started to detect touches of Nektar, almost as if the band that recorded Remember the Future had hooked up with some Scandinavians to record another epic and invited Daevid Allen to sit in. The musicians encompass quite a variety of moods, augmenting their base lineup of two guitars, keyboards, bass, and drums with mallet percussion and many sound effects. The guitars often have a touch of blues in the choice of notes (leading to the mentions of Pink Floyd and Nektar); the keyboard sounds are generally the classic analog tones of organ, electric piano, and so on; and the bass and drums will sometimes kick into a great riff a little like Captain Beyond. Throughout, the melodies are good, and the arrangements ebb and flow, building and releasing tension over the course of the longish tracks. Fans of Wobbler and other current bands working in this general area would do well to check out Karakorum.