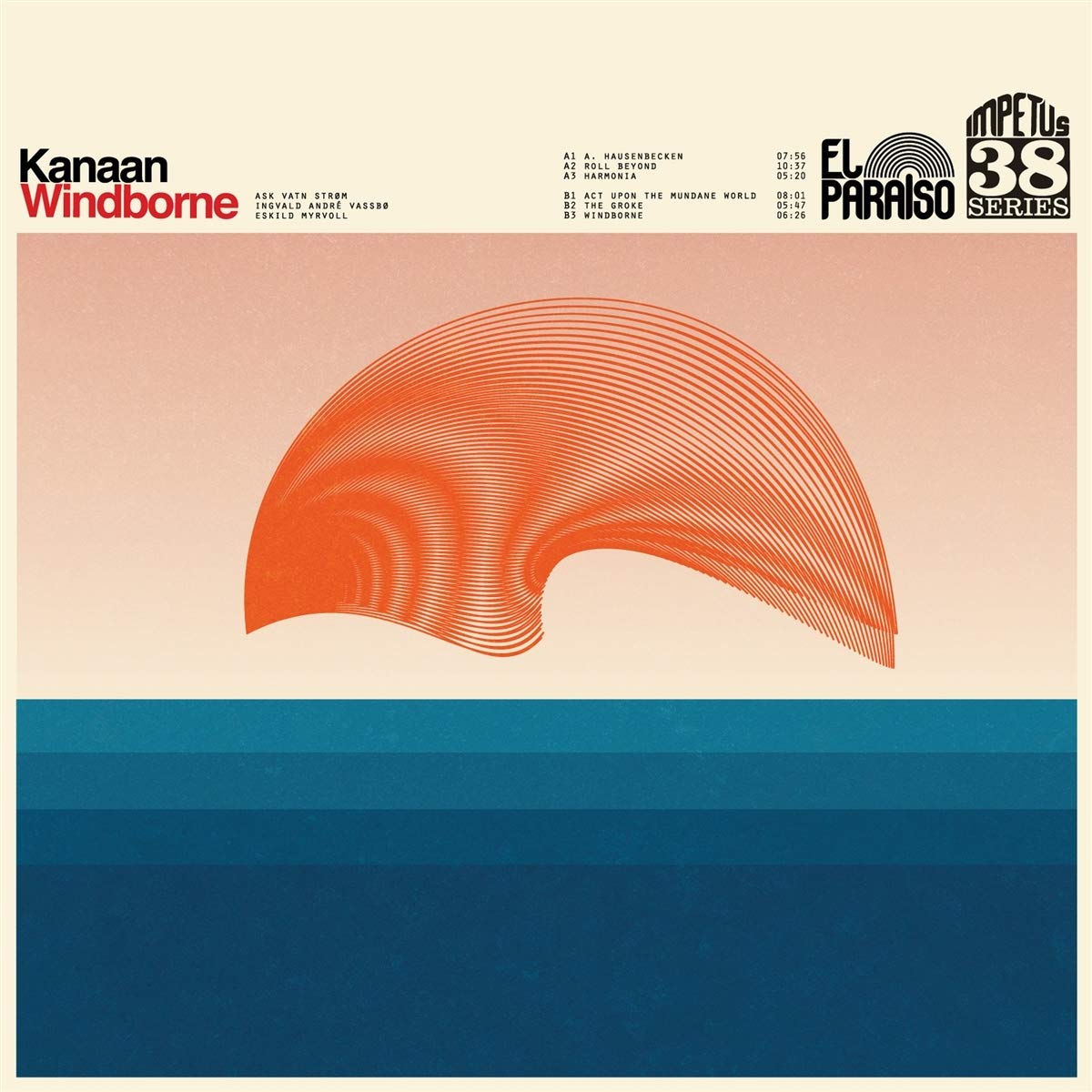 Kanaan is a Norwegian trio that blends elements of rock, psychedelic, fusion, and raw unbridled groove-power. Almost unbelievably, Windborne is the band's debut release — I say that because these guys sound like they've been at this a long time over many releases, but not so. This is groove based jamming at its finest, and these guys are masters at their craft. Bassist Eskild Myrvoll and drummer Ingvald André Vassbø are superb riffers, all up and down the scale with never a dull moment anywhere in sight, while guitarist Ask Vatn Strøm plays both ferocious leads and the rhythm angles and fits right in seamlessly. This isn't a band where bass and drums merely hold a groove down and provide a vehicle for the guitarist to solo over, but instead a platform where all three members are actively riffing and contributing to the ongoing evolution of each of the six cuts. "The Groke" is a bluesy dirge that might recall the power of early Black Sabbath without the vocals, but for the most part their sound is more jazz-rock informed with a heavy helping of free improvisation, as is clearly evident on the album's title track. There are no vocals anywhere, but so neither did Mahavishnu Orchestra or Ozric Tentacles, a couple bands that capture a similar spirit, as well as most of the other artists on the El Paraiso label. On the opening cut "A. Hausenbecken" they have guest player Vegard Lien Bjerkan playing a gritty, distorted Fender Rhodes that adds an additional dimension to their sound for those opening eight minutes. The ten-plus minute "Roll Beyond" takes the listener down a slow-building droney path emblazoned with screaming guitar feedback while bass and drums riff below the surface, until the groove slowly kicks in around the four minute mark. "Act upon the Mundane World" and "Harmonia" both set parameters of well defined riffage from the outset and build upon it as they move forward, the latter vaguely recalling the 70s German outfit of the same name. Kanaan is a promising band that fully delivered the goods here on their debut; hopefully there's more to come!