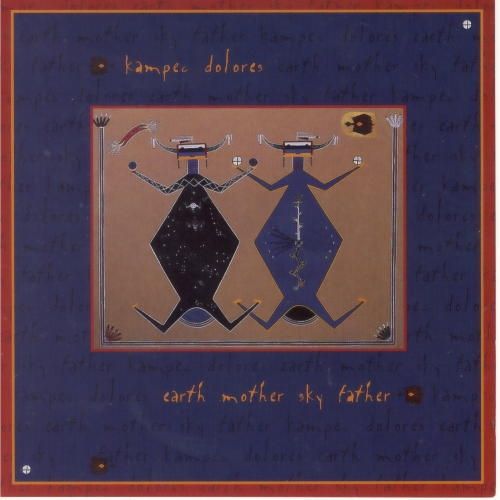 For listeners not religiously tied to one genre, Kampec Dolores are proof that seemingly incongruous elements can indeed be mixed to good result. There are some flavors of folk music (from Hungary and elsewhere), jazz (both mainstream and avant), RIO, reggae, and various streams of rock. Add to that the technical skills and good taste of the musicians and you have quite a heady brew. The bass-drum interaction (Árpád Vajdouich and Tamás Ölueczky respectively) at times reminds me of Police, only with a looser, jazzier tinge, which in my book is high praise. The wind instruments of Hu Grencsó provide another connection to jazz. Csaba Hajnóczy’s guitar adds the main part of the avant-garde spice, though Gabi Kenderesi’s voice can tend in that direction as well. It’s no surprise that her singing is most likely the first thing about the band that grabs the listener’s attention, with her impressive command of range, technique, and expression, but the guitar is a vital complement to her. Whether playing with a clean tone or piles of effects, Hajnóczy always comes up with something interesting, seamlessly integrating many of the band’s diverse elements within his own playing. His backing parts may involve unusual chord voicings, dissonant noises, deceptively old-school sounding jazz licks, hypnotic ostinatos, and tropical strumming. Grenscó’s contributions are almost as varied, involving sax, flute, clarinet, and maybe other instruments as well. Okay, you get the idea: great band, great album, check it out.