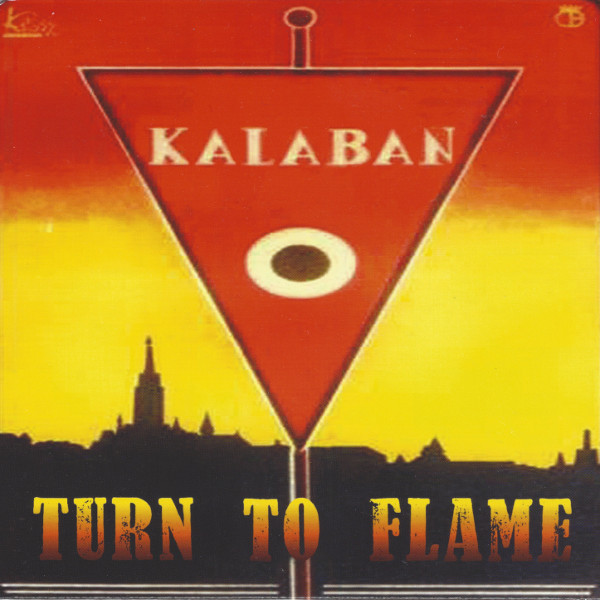 Throughout 1997 and 1998, Kalaban recorded their final statement for the decade, Turn to Flame, and for nearly twenty years until the release of 2017’s Edge of Infinity, it was to be their final project as a band, with members leaving and scattering, following its completion. The band at this time was a four-piece: Randy Graves (guitar, bass), Dave Wilbur (bass, vocals), keyboard player Michael Stout, and drummer Gary Stout. There are but two long tracks here, totaling about 25 minutes, but a listener might easily get lost within either of them. There aren’t a lot of vocals here, perhaps that’s why the band’s dedicated lead singer was retired after the previous album Resistance Is Useless; there simply isn’t enough for a dedicated singer to do for the less-than-two minutes of vocals on one of two lengthy pieces that are essentially complex multi-part instrumental workouts, so bassist Dave Wilbur stepped up to the task of singing, doing a fine job, although until one goes through the album a couple times the singing might go unnoticed. “Overlook Park” is guitarist Graves’ compositional contribution to the endeavor, opening with some Lifeson-like slashing building into a powerful intro, then virtually disappearing, coming back with an entirely different feel, with powerful keyboards soloing over the top. This piece regularly changes direction, offering a strong degree of compositional complexity that will require a number of spins to familiarize. Michael Stout’s contribution “The Troubadour” opens offering more along the lines of atmospherics and groove, with the vocals coming in around the four minute mark, followed by a lengthy instrumental section that takes it most of the way across its fourteen minute duration, with another short vocal section just before the closing moments. In late 2017, after the completion of the new disc, Graves decided to go back and remaster Turn to Flame, giving it the attention that it probably should have received the first time around. So here it is, new and noticeably improved, but as of right now this remastered version will only be available as a download, no CD or vinyl releases are planned.