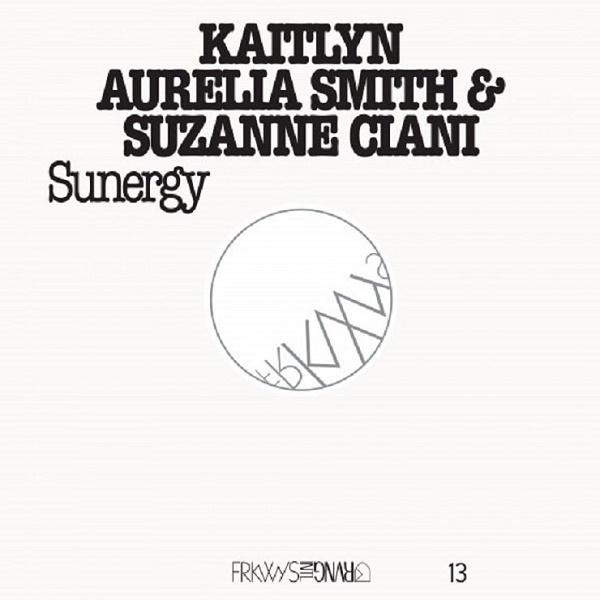 I’ll admit to not having heard much of Suzanne Ciani’s recorded work. Lixiviation is a fascinating glimpse into 70s electronic music, but I’ve not delved into her 80s-and-beyond New Age catalog. Kailtyn Aurelia Smith is a new name to me, though her CV is certainly intriguing. At hand we have the first collaboration between these two artists of different generations, and certainly there’s not a hint of the New Age about it. Sunergy presents three tracks ranging from 12:28 to 23:08 in length, and they are slow-unfolding baths of analog electronic joy. Given the nature of the instruments used, this music is not so much based on fingers playing keyboards, but more knob-twiddling and arpeggiation, and it’s reminiscent of the pre-drum-machine days of electronic music, when filter sweeps and voltage-controlled oscillators ruled the day. This is not to say the music is without pulse — there are some immensely satisfying bubbly rhythmic patterns, though nothing approaching the coordinated sequencing typical of Berlin School EM. It’s more like a shimmering body of water in sunlight, viewed through interlocking diffraction gratings. Sunergy manages to sound both old (for electronic music, at least) and comfortably new at the same time, and works as ambient music even though it does not consist of long tones. For an album consisting of electronic sounds without melodies or beats, the overall impression is very cheerful, sunny even, so I guess the title says it all. This is a real gem for fans of modular synthesis.