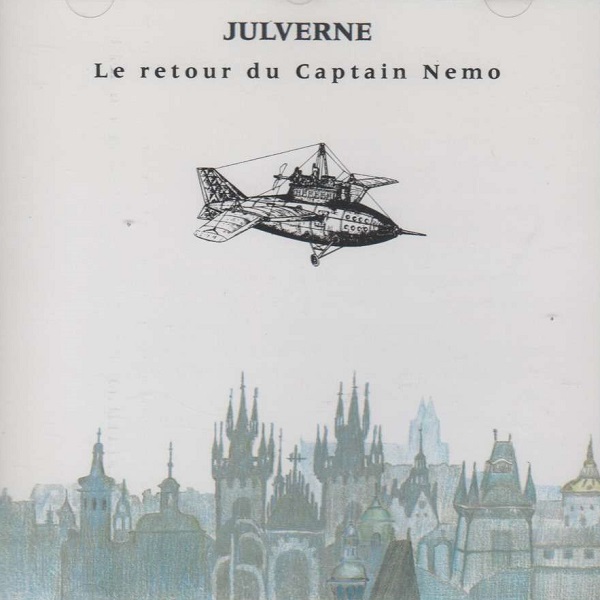 Julverne sprang from the same Belgian underground avant-garde music scene that produced Cos, Univers Zero, Aqsak Maboul, and Art Zoyd. As such, members of all the aforementioned bands, at one time or other, played with Julverne at one time or other. This release anthologizes from the second and fourth of the group's four albums: A Neuf and Ne Parlons Pas de Mahleur. Also included are two previously unreleased tracks, "Joyeux Noel, Cap'tain Nemo!" and "'T Kofschip," which pre-date the first album. Like Art Zoyd, Julverne's music owes a lot more to chamber music than rock. Strings, woodwinds and piano are used in various configurations. No guitars, no bass, no drums and no electric keyboards of any kind are used. In a way, this is not unlike the attempts at neo-classical music by bands such as Banco (Di Terra), Esperanto, and Gentle Giant, but taken to its logical extreme; jettisoning the mantle of rock music altogether. Though resembling classical music more than anything else, the group does borrow some ideas from rock; specifically improvised solos and an often strong rhythmic pulse. The consonances and dissonances are very well balanced. It's a much easier listen than, say, Art Zoyd, because they save the discordant parts for climactic passages. Much of the rest of the music is dreamily melodic, but not safely so. The music is constantly challenging, on occasion suggesting the music of Bartok and Stravinsky, other times less avant-garde 20th-century composers like Hindemith. An intriguing exception is "Polka," which sounds uncannily like Mozart, albeit with playful dissonances in the middle section. If you're willing to survive without the crutch of a rock rhythm section, I think you ought to give Julverne a try. Their music, while certainly not rock, is nonetheless daring and original, and deserves to be listened to by those searching for something a little different.

Finch - Glory of the Inner Force – Dutch band Finch's debut album has been long overdue for CD reissue. Acclaimed as a classic by some, and as overrated by others, either way you look at it its still a must listen. Finch were an...  (1994) » Read more