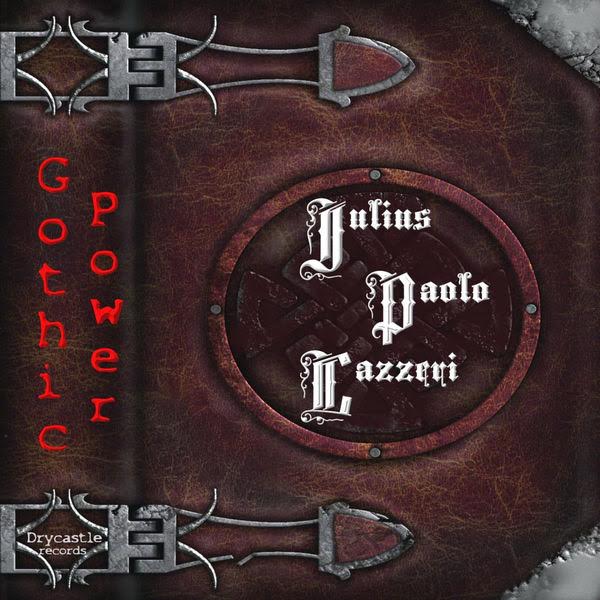 Julius Paolo Lazzeri is the fiery virtuoso organist with the Italian neo-progressive band Three Monks. Gothic Power is his latest solo effort, and what an apt name for this album. The performances on the eight instrumental tracks are electrifying from the very first note to the last dying chord. In between are full-bodied, grandiose cathedral organ toccati. The disc opens with the title track and it is immediately in your face with bombastic cathedral organ and understated drums. This piece contains a quiet central passage with a different timbre. The second track, “St. Bavo,” is another virtuosic original composition. When we make it to track 3 Lazzeri tones it down quite a bit for the tranquil and spiritual “La Vecchio Torre” with its Bach-like melody. Lazzeri is a master of the multi-keyboard organ and the magnificent music is rooted in the classics. But unlike Keith Emerson, I do not detect musical quotes from classical or rock composers. The one exception is “VDGG” that takes Van der Graff Generator’s “Theme One” to new heights through Lazzeri’s gothic power lens. “Stralund,” “Leon,” and the closing track, “The Sacred Fire,” are additional dazzling performances. Amidst these final tracks is a quiet moment of reflection unlike the other music on the disc, “Mysterious Dark Lady.” This is the only track on the album that does not feature the organ. Instead Lazzeri plays a slow, delicate, and quite exquisite harpsichord melody with a low-key organ outro. Given the massive nature of the music, my guess is that this music would be difficult to perform live, unless the concert was held in a cathedral. This disc is highly recommended for those who long for colossal organ recitals, you will not be disappointed.