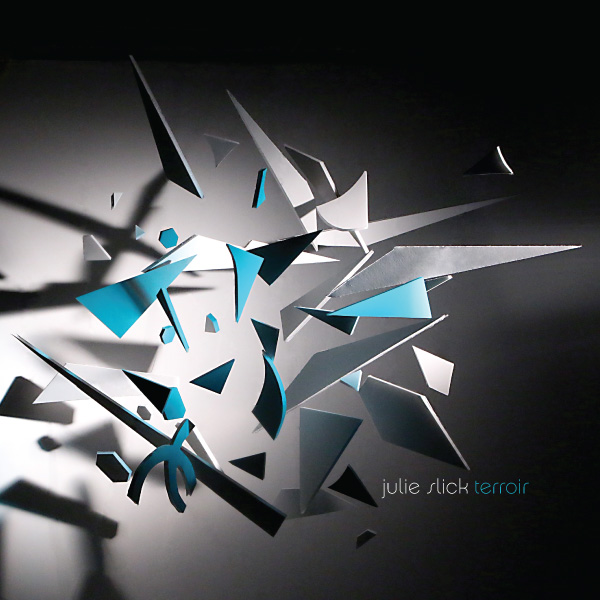 Bassist Julie Slick's second solo album comes after extensive performing with Adrian Belew in his Power Trio on the Two of a Perfect Trio tour, and many of her bandmates from that experience show up as guests here. Adrian Belew and Pat Mastelotto both make appearances, as do David Torn, Marco Minnemann and a number of others. Of course, having talented friends does not necessarily make for good listening (though you'd hardly expect their participation if they thought it unworthy), but Slick is more than up to the task, showing excellent skills both as a composer and as an improviser. There are some Crimsonesque moments, as might be expected, but this doesn't really come off sounding like a Crimson side project. There are some lovely acoustic moments, with ethereal backing voices, guitars, piano, and subtle percussion. The track called "Kismet" is a wonderful hybrid between some King Crimson idioms (cyclic rhythm patterns) and big washes of keyboard chords — something you'd never get with KC. All the music feels very natural, never overly intellectualized in spite of the complexity. There are some whimsical oddities present as well, such as the tape of a child's voice on "Go!" Leaving us on a meditative note, the album finishes off with a 14+ minute near-ambient piece called "Even the Tide Recedes." From start to finish, this is quite an enjoyable disc, and the best thing I've heard so far that resulted from a Kickstarter campaign.