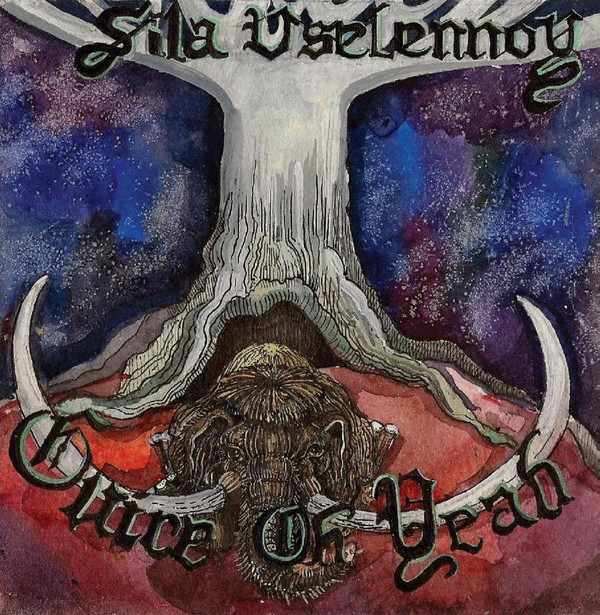 Sila Vselennoy is the debut release by experimental Russian band Juice Oh Yeah, the duo of Boris Shulman (fretless bass and vocals) and Slava Lobanov (drums), influenced by stoner doom, blues rock, and Black Sabbath. The original release contained five tracks, but the promo I received contains an additional 16 minute bonus track “SV (Amphetamine Mix).” The first two tracks, “Kozha” and “Spat’” are doom laden dirge-like dark gothic dissonant tunes. “Kozha” evolves into a growling guitar groove while “Spat’” turns melodic as Boris’ vocals enter the mix. The third track “Krug” is one of the high points of the album. This track is the only tune that flirts with progressive rock and jazz fusion. “Kozha Slona” changes direction with its distorted dissonant take on blues rock. “Poslednaya” is another slow ponderous tune with heavy chords and distorted bass lines that shows a strong influence from early Black Sabbath. And the bonus track “SV (Amphetamine Mix)” is different from the rest of the album. The distorted bass is still present, but now it sounds like the signal is being sent through the talk box made famous in the 70s by Peter Frampton. Then the vocals sound sped up or as if sung after inhaling helium. Mixed in with all these elements are mid-Eastern themes that propel the music. Sila Vselennoy is an interesting album that will please all fans of dirge rock.