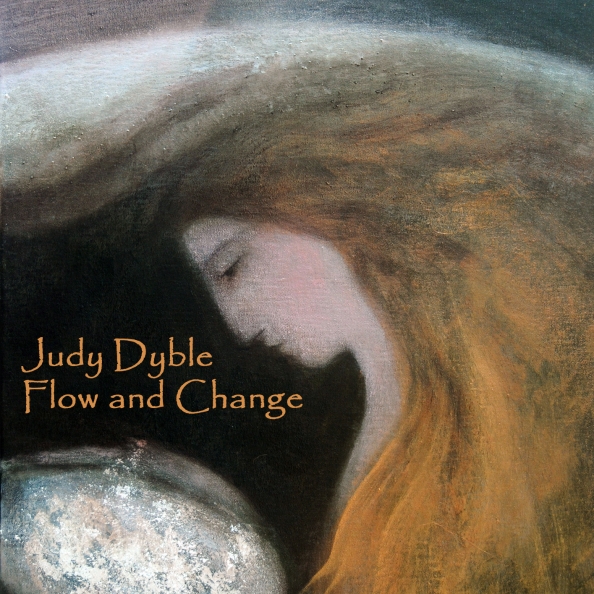 Judy Dyble has a long and eclectic musical career from the early days of Fairport Convention, pre-King Crimson, Incredible String Band, Trader Horne. She took 30 years off to raise a family and then in 2009 she returned by releasing the excellent Talking with Strangers. Judy then began working on her next album, but through a series of unfortunate events, it has taken until 2013 to release her long-awaited Flow and Change. Flow and Change was produced and mostly co-written with Alistair Murphy (The Curator) who was also involved with Talking with Strangers. On the ten songs, Judy’s rich and beautiful voice is accompanied by Matt Malley (Counting Crows), Juianne Reagan (All About Eve), Pat Mastelotto (King Crimson), and Mike Mooney (Spiritualized). This is an album that pulls at your heartstrings, bringing both tears of joy and sorrow, remembering what is was like to be very young, finding love, and aging gracefully. There is a 60s vibe running through many of the songs, primarily from the lush backing string arrangements. “Black Dog Dreams” co-written with Simon House (Hawkwind) opens the album with a dark and eerie message. The second song “Featherdancing” is one of several highlights and tells of the joy between Judy and her sisters as young girls. “Beautiful Child” is an ode to a young sleeping grandchild. “Crowbaby” is another dark song juxtaposed with a lullaby chorus about a baby crow that really cannot control its destiny. “Driftaway” is a somber song about two lovers who know that their time is limited and they will drift apart in the autumn of their years. An excellent yet very sad song, and Judy’s vocal harmonies are simply beautiful. “Head Full of Stars” is a psych-folk song about star-crossed lovers with something indefinable that hints at the Beatles. “Silence” is another very sad song about a woman late in life yearning for conversation with her departed spouse, but there is no-one waiting inside. “Letters” is a song about two would-be lovers and unrequited love, all because the letters each wrote were lost in the Christmas mail, hinting at O. Henry. “Wintersong” is a poignant song remembering a departed lover whose memories bring warmth and comfort in the long cold winter of our lives. The cello solo adds to the mournfulness of this song. The album closes with the excellent “The Sisterhood of Ruralists,” a magical song with five movements combining elements of dark folk, prog rock, and Celtic music. What is remarkable about this album, is that it was not recorded in the studio. All was done via files trading back and forth via the internet. There is a big difference between Flow and Change and Talking with Strangers, but I think that it may be a step forward for Judy.