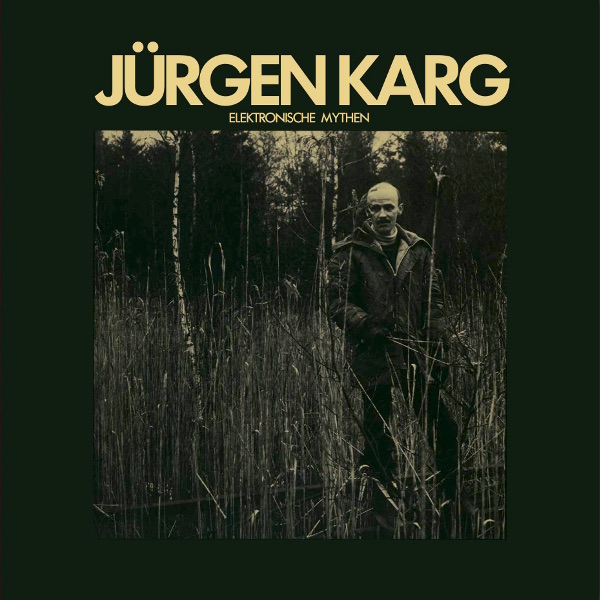 In the 60s Jürgen Karg played bass for Wolfgang Dauner. Then in the 70s his interests shifted to synthesizers and electronic music. Over a five year period he amassed an extensive collection of synthesizers including four EMS synths. He doubled down on exploring this new genre and in 1977 released his solo album Elektronische Mythen. His system was state of the art in the mid 70s, but having such a complex setup, he was pretty much on his own, as there were hardly any other musicians that he could compare notes with. So he had to face many of the challenges with this system by himself. Consequently Elektronische Mythen is unlike anything else produced in Germany at that time. The music is highly experimental and consists of two side long tracks: “Die vesunkente Stadt - Atlantis” and “Vollmond - Selene.” “Die versunkente Stadt” or “The Sunken City” is a collage of Karg’s earliest attempts at digital sound processing. He culled his recorded material for usable musical results and edited them into this 21 minute piece using several variable speed two- and four-track tape recorders and an eight-track machine. The overall mood is quite dark and foreboding, but there is a lack of coherence to his approach. Sometimes the separate pieces do not fit together leaving silent gaps or abrupt stops and starts. Taken as a whole the track conveys an ever changing and timeless atmosphere. The only element that ties everything together is the short repeated piano riff that pops up now and then. On “Vollmond” or “Full Moon” Karg took a different approach. For this composition Karg worked primarily with sequences of ring modulated sounds, playing around with different combinations and permutations. “Vollmond” is a single abstract composition also lasting about 21 minutes, but it does not exhibit the same academic tendencies as the other track. "Vollmond" is a much improved composition that demonstrates Karg’s compositional skills. This reissue will be of interest to fans of abstract sound environments.