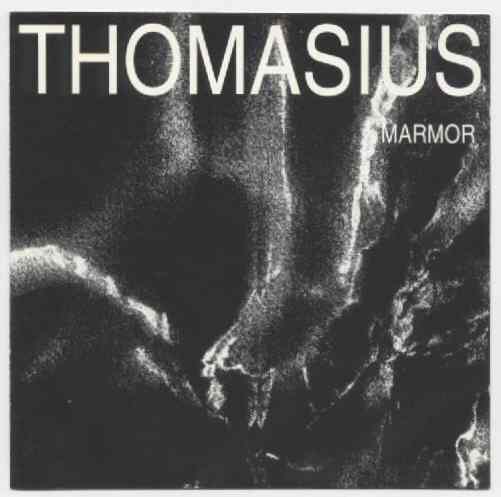 Jörg Thomasius is a former East German still residing in Berlin. Between 1986 and 1996 he released numerous cassettes, an LP, and his collaborations with Lars Stroschen as Tonart. With Marmor, his first solo CD release, Jörg composed an hour of avant electronic explorations of a different ilk than Tonart. On Marmor, Thomasius takes the academic electronic experiments of the late 60s, marries them to the industrial and noise excesses of the 80s, and creates a unique 90s sonic blend. Crystalline high frequency sonic splashes and sequences alternate with massive slabs of sound and noise, at times raucous and others unsettling. Of the ten tracks on this CD, I found the low rumbling industrial and tribal rhythms of "Die Gewachsenen" and the pulsating starship fusion drive on an interstellar journey to Arcturus of "Zuckerguss Eins" to be Marmor’s highlights. A word of caution though, Marmor is extreme music that takes an acquired taste to appreciate. If my description intrigues you, by all means search for this CD. Thomasius is a rising star on the avant garde electronic scene and his intelligent sonic experiments continue to surprise the listener.