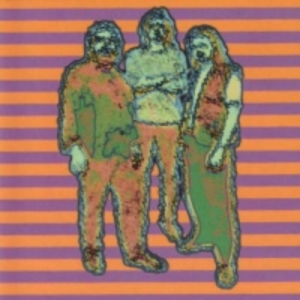 Tonart’s new CD Fünf is a study of human voice deconstruction and manipulation. The source material for Fünf consists solely of three separate spoken recordings by Lars Stroschen, Jörg Thomasius, and André Ruschkowski. The three musicians followed the same set of rules and guidelines to compose four pieces each from this material, one piece for each individual voice and one based on all three voices. They could alter this source material in any conceivable manner but not use any other recorded sounds or electronics. This is an ingenious concept and approach. What will these guys think of next? The results are remarkable and often bizarre. In some instances they processed the material so heavily as to be totally unrecognizable as human voices. Over their first four releases we’ve come to expect some rather extreme in your face compositions. It was then quite a surprise to listen to the second track, Stroschen’s composition using all three voices, and hear a distorted disco party complete with rhythms using the sampled voices! Because Stroschen, Thomasius, and Ruschkowski worked independently, there is a lack of coherence to Fünf. However I found it intriguing to compare and contrast the three sets of compositions and it was easier to listen to than Thomasius’ solo release Marmor. Fünf deserves a place in the avant garde collection simply because of Tonart’s innovative use of processed voices instead of those stuttered words heard so often in th 80s with the onset of samplers.

Saturnia - Muzak – Saturnia has been around since the late 90s, and Muzak is the latest release from this little known Portuguese psych-prog band. Saturnia is essentially multi-instrumentalist Luis Simões joined on...  (2008) » Read more