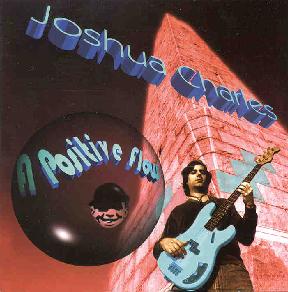 Hailing from New York City, Joshua Charles is the driving force behind this entire disc, compositionally as well as handling most of the instruments and the production. This is most definitely one of those “songwriter’s” albums, with people like Brian Wilson and Harry Nilsson coming quickly to mind. A hint of Beatles can also be heard, including a cover of “Here There and Everywhere.” On the surface the songs lack pretension and are not overly complicated though a deeper study reveals considerable effort and care in their creation. Charles is also unafraid to add in odd or quirky twists to keep things just a little unbalanced. Subtle bits of humor (much of the disc seems to be a paean to Bosco chocolate flavored syrup!) and Charles’ undoubtedly interesting personality permeate the songs and I applaud him for having the confidence to create such a personal statement. It’s as if Josh Charles is looking out through these songs and speaking to the listener, inviting them to get to know him. The understated, almost quiet production job reinforces this friendliness without seeming forced. For those seeking intense instrumental workouts this is not the place to go, though for personal and sincere songwriting, I’d rate A Positive Flow a success.