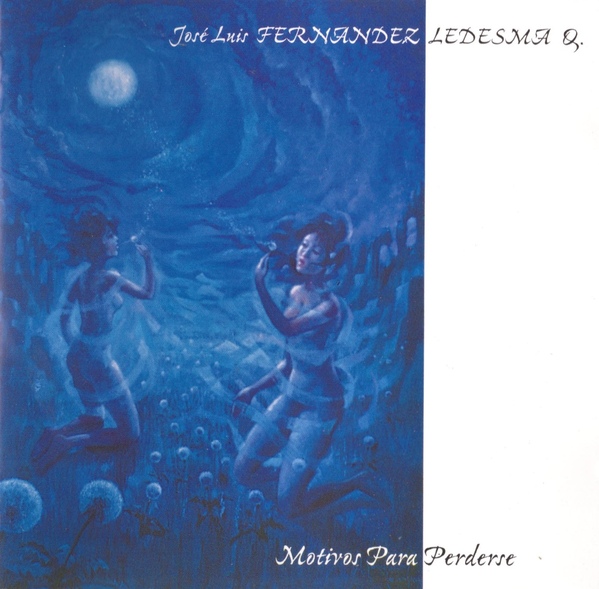 Ledesma may be known by some already for his recent duet recording with Alquimia called Dead Tongues, and as a member of Nirgal Vallis during the 80s. Now he's back with an opus that, like the work of many of his countrymen recently, betrays no temptation to cavort with current rock music production techniques. (For reference see Conquista y Destruccion by El Puente de Alvarado). I'm beginning to believe that in Mexico the 80s and 90s never actually happened. Lucky for them! The fortunate consequence of this is that you get a 70s-styled progressive album from current times, that exudes nary a smidgen of cognizance regarding neo-prog. Perhaps a bit like Camel, this music doesn't purport to break all the rules and stretch the limits, but rather it establishes its own peculiar identity without resorting to radical posturing. Ledesma favors extended suite-like compositional forms. The expansive arrangements are highlighted mostly by analogue synths, percussion (including marimba), and reed instruments. The drum section seems to have been given short shrift on "La Montana de Los Encuentros," and "Ottla," which suffer somewhat from sluggishness as a result. The exact opposite is true in most other cases, however. Though on the whole an instrumental affair, Alquimia appears on vocals. The chanting is reminiscent of Popul Vuh, and I detect at times something inexplicably Spanish in the mixture. Maybe it's the handclaps. Linking the longer movements are short interludes performed on simple classical guitar, with synth accompaniment. Each of the multi-layered compositions on Motivos para Perdere spins a different tale, with that unmistakable timelessness inherent in the pre-Columbian sound for which Jorge Reyes has achieved semi-legendary status. So far, though, fame seems to have eluded Ledesma, and others of his ilk — Eblen Macari, Arturo Meza, et al. However in these instances, the native Hispanic element is only one small jewel in the overall mosaic of music.